Trendnet Silence Signals: “We could not care less about privacy” 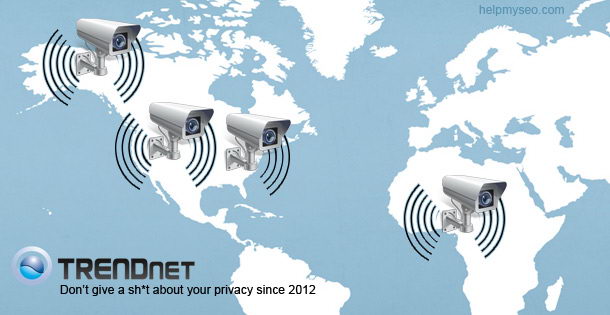 When you are a world class hi-tech company whom people entrust with the safety of their homes you’d better make sure you’re on the ball when the trust they place in you falls a little short of the mark.

Trendnet whose trademarked slogan is “Networks You Can Trust” has known since 12 January that a flaw in its home security cameras allows those who know their web address to access the feed without a password.

Message boards and forums have, for weeks now, being flooded with screenshots of people going about their daily lives and these paying customers have been supplying the online crowd with a never ceasing stream of images to comment upon. So, what does the company do?

I know it seems like an innovative marketing technique designed to play upon the reverse psychology of the consumer. In the pre-social media day that would have been fine. The reasoning, in those corporate halcyon days went a little along these lines: “Customers look to us for leadership and expect us to be in control. So we can never respond in any way that betrays the trust they place in us in that respect.” Usually that mean that when the sky was falling some company spokesperson would announce that there would, eventually, be a Press Release to talk a little about that and when that Press Release came it was all about how XYZ MegaCorp was taking the time to thank customers for their custom and the future ahead was golden and, oh yeah, that little thing about the sky falling. They would deal with that some time soon. Nothing to worry about. Ok?

I kid you not! Here’s the current scenario: You are security conscious because you have a home and loved ones you want to keep an eye on, except the clever Trendnet camera system you installed in your house to stream a feed to your smartphone, has a flaw that’s the result of bad coding and you have become the unwitting reality show of the world’s sleepless masses, at best. The blogosphere is glowing red hot with tales of what has been seen and images of what has been screencaptured, Twitter is trending with their name.

So what does the company you have trusted with your security do? For Four weeks nothing. It issues some security patches on the ‘Download’ section of its website. Then, when the BBC gets wind of them, they wheel out a corporate spokesman and put out a Press Release which begins with:

TRENDnet has recently gained awareness of an IP camera vulnerability common to many TRENDnet SecurView cameras. It is TRENDnet’s understanding that video from select TRENDnet IP cameras may be accessed online in real time. Upon awareness of the issue, TRENDnet initiated immediate actions to correct and publish updated firmware which resolves the vulnerability.

Goes on to list some models and then ends with:

TRENDnet is aware that this IP Camera security threat may affect your confidence in TRENDnet solutions. TRENDnet extends its deepest apologies to consumers which may be impacted by this issue.

Really? “Sincerely”? “TRENDNet Management?” All of you? And not even a little “we are sorry”? Apparently not and to add insult to injury the spokesperson who is Trendnet’s Director of Global Marketing, Zak Wood, not only does he not apologise but he also sounds like he has no real clue what is going on when after admitting that the company has known this for over three weeks he says:

"We are just getting to that point to be able to succinctly convey more information to the public who would be concerned,"

Once you get past the urge to put on some steel toe-capped boots and acquaint their unique feature with his behind what sinks in is the disconnect between Trendnet and its customers today. This is a classic response mode and response time of companies from last century when they relied upon time to soften their mistakes, moved to fix them quietly so that not too much attention would be drawn upon the fact that they were made and sounded like, when they erred, it really was nothing serious.

Their survival, back then, relied upon their ability to appear unflappable. Unfortunately that unflappability, in the world of fast-moving social media, where a company needs to respond fast, appear pro-active, appear human and appear to care, works against them. 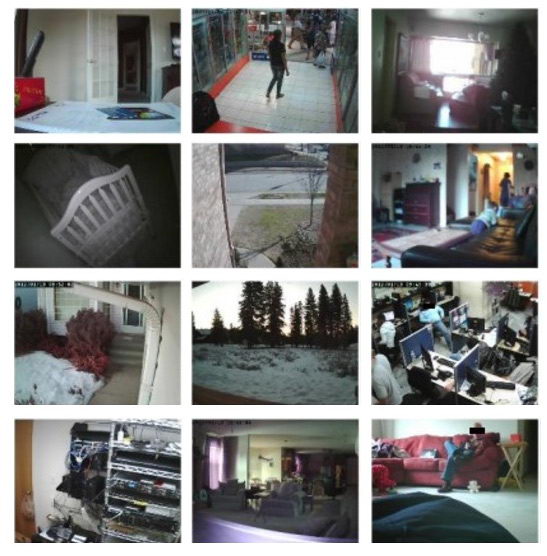 Trendnet says that maybe a total of 50,000 camera systems have been affected by the flaw. Obviously not a small number but even if it was ten times that it’s nothing when you compare it to the incident popular online shoe retailer Zappos suffered when its systems got hacked and 24 million customer accounts were potentially compromised. Zappos moved first to alert its customers about the fact, apologised profusely on all the social media channels, explained exactly what it was doing to fix the issue and when and moved on.

Hardly anyone batted an eyelid.

With social media we understand that even with massive global corporations it sis people connecting with people. Zappos hardly noticed a drop in trust or a dip in trade. TrendNet might not either, but that’s probably because those affected are potentially very few. Then again, as Blackberry showed a lack of social media skills, in this day and age, is usually indicative of greater underlying issues in terms of management and marketing. So, I guess, we shall see soon enough.