Siding With Pirates Understand Why SOPA, PIPA and ACTA are wrong 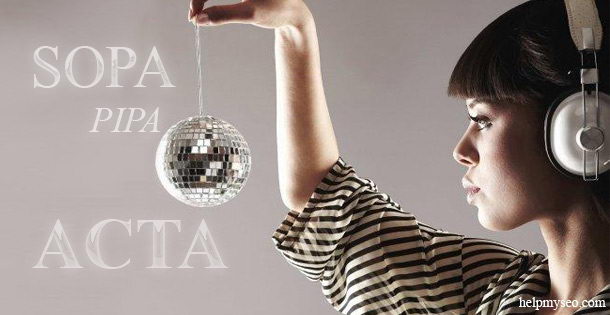 Common sense is a terrible demon. It has a way of insidiously whispering in our ear, telling us that the things we logically believe to be true, actually are and therefore there is no need to spend time and effort examining them deeper. We have to, instead, take action.

In my more charitable moods I imagine Lamar Smith (the architect of SOPA) to have listened to just such an inner demon (and not worried about his election campaign contributions coming out of Hollywood budgets) and decided to propose the act.

There is a problem with common sense in that it works perfectly well until it doesn’t. And the only way to tell is to actually test it. I know that you know that I know that piracy on the web is wrong. Someone has worked to create something (and do not forget for an instant here that I am an author who sleeps too little and writes too much) and someone else has now taken that, without permission and without paying. It stands to reason (in a common sense sort of way) that damage has been done. Someone has gained and someone has lost.

In the common sense sort of way the person whose intellectual property rights were violated has lost and the person who ‘stole’ their work has gained. Within this context we can see that an illegal act has been performed and we must now call the ‘cops’ or the SOPA/PIPA/ACTA equivalent, to rain damnation upon the thief, seek retribution and perhaps get some kind of recompense for damages. If you are with me so far, here’s the catch: evidence. If we are to call for pirates to be brought to us in chains to be hanged we should be ready to first bludgeon them with the evidence of their wrong-doing.

Because lacking evidence we are left with articulate, well-intentioned speeches such as that of open-source revolutionary like Marc Fleury who writing in support of SOPA on his blog states:

Increasingly the western world relies on IP to make a living. Since we produce less "real world" goods and more "digital world" goods we open ourselves to piracy. If we are to move to an information based economy there needs to be a limit to the infringement of IP.

Marc is intelligent, open-source orientated, arguably a child of the web, quite the opposite in fact to Dana White, Chairman of the Ultimate Fighting Championship (UFC) who thinks that SOPA is about to be revived any moment now, and yet in his blog post Marc sees nothing wrong with SOPA, believes that protecting intellectual Property (IP) will create more jobs and that governments and government organisations will respect the rights of the individual and not overreact.

It seems a reasonable enough stance to take which is why the first thing we will examine is one classic example (and there have been so many) of figures in authority exercising their ability to reason and producing a reasonable response.

Exhibit A: Two British Tourists Denied Entry by the Department of Homeland Security (DHS) based upon the joke Tweets of one of them about ‘destroying’ America (note the word ‘destroy’ is street slang for partying) – the story itself needs some reading and raises all sorts of question regarding the humour bypass those in authority ought to have before they apply for a job. It also serves to highlight, nicely, the degree of reasonable response we can expect from those entrusted with using their reason and applying a law. 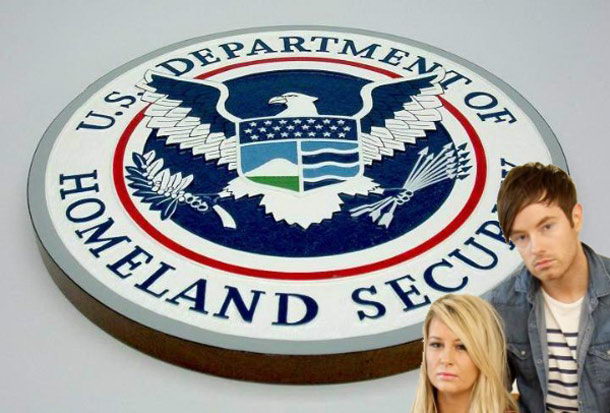 Reasonably, I suppose, we can say that OK. An instance of an official’s (or several) inability to understand humour does not make a call for the wholesale abandonment of law and order. And it doesn’t, which is why we should look at the next item.

Piracy is Breaking the Law and Should be Punished, Right?

This is the mantra defence. When something becomes black or white we do not need to apply any kind of nuanced approach to it, nor do we feel the need to examine it closely. We take it as self-evident that since it is wrong then the right thing to do is punish those who commit it.

Right now I could post hundreds, if not thousands of instances like Hollywood Sues Suspected Pirates where  Motion Picture Association of America President Dan Glickman says:

The future of our industry, and of the hundreds of thousands of jobs it supports, must be protected from this kind of outright theft using all available means.

What I will do instead is say that I understand. As an author myself I would be extremely upset to have a work I spent almost a year working on being ripped-off and someone else profiting from it. The law to protect me from this happening, just like the law that safeguards Hollywood’s right to sell films and make money is a just one. I do believe, however, that the number of people who would actually act in this way is considerably fewer than we imagine. Most people understand that a work, in order to happen (be that a book, film or song, or – even – a piece of software) requires effort and talent and hard work. Most people understand that there is a cost involved in this and that the money they pay enables the creator of the work to earn a living and continue to produce more works like it.

The web creates greater transparency. It helps us to get to know artists, authors and content creators better and it helps them connect with their public. The moment you know someone, or feel you know them, it becomes harder to pirate their work. All of this then begs the question: why does piracy occur in the first place?

Obviously for the same reason there is an audience for works which are sold through legitimate channels: there is a product (of some description) and there is a demand for it. This is where we get to use a little deductive reasoning. Since the mechanism in terms of supply and demand is the same, the product is the same and the audience is still there, what is different? What is it exactly which makes piracy necessary?

Piracy is not a Pricing Issue

As Gabe Newell, co-founder of the videogame company Valve which publishes the popular computer games Portal and Half Life said:

One thing that we have learnt is that piracy is not a pricing issue. The easiest way to stop piracy is not by putting antipiracy technology to work. It's by giving those people a service that's better than what they are receiving from the pirates.

If you think that sounds far-fetched check out this post on the personal blog of Danny Sullivan, editor of Search Engine Land which is titled Dear Rupert Murdoch: Let’s Talk Piracy & “The Simpsons”   which begins with:

Rupert, my son had a simple request. “Daddy, can we watch last week’s episode of The Simpsons?” No, son, we can’t. You can blame Rupert Murdoch for that.

The post is funny and poignant in this case and helps drive the point home at a personal level. It is fairly logical to argue at this point that given total ease of access and a reasonable price piracy of ‘protected’ material would drop and sales would rise. A case in point is stand-up comic’s Louis C.K’s experiment where a DRM-free top-class show paid for by him netted him a cool $1 million which he then, generously, broke down into different parts which he explained in his blog. As he’d explained had he done this through the traditional route he would have been paid just over $100K and the public would have been charged upwards of $50 to see him. His way made a lot more people happy (almost 200,000 of them) and created a much better way of putting the money back into the system.

So is Piracy Good?

I have said that I agree that Piracy, as our laws stand right now, is illegal. But does it really need us to…

...enact legislation that protects consumers, businesses and jobs from foreign thieves who steal America’s intellectual property, we will continue to bring together industry representatives and Members to find ways to combat online piracy.

as SOPA author Lamar Smith frequently cited? (Incidentally he appears to be in violation of his own professed ethics on the subject – story here). 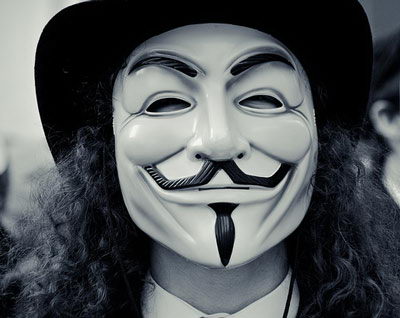 In a piece against SOPA almost as lengthy as this one I looked into the history of the entertainment industry’s fight against technology and its impact upon sales and in practically every case, whenever sharing of copyright material became easier it led to a broadening of the market and a jump in sales.

The piece is here and about half way down it shows that the drop in revenues suffered by the entertainment industry are the result of changing tastes and a different way of buying from the public. In that piece, when it comes to books, I quote the example of international author, Paolo Coelho who pirated his own books and saw an increase in sales in markets which his publishers said were tough to crack.

Einstein defined madness as the willingness to do the same thing over and over again in the hope that we will obtain a different outcome. When legislation and tactics which are reasonable do not work, the suggestion would be that we have, somehow, got it wrong and are approaching the problem from the wrong angle, not that we simply need to try harder.

In The Social Media Mind I argued that social media creates the conditions necessary to actually try and do things a little bit differently.

So, with SOPA and PIPA, dead (and needless) you’d think we are ready to tackle piracy at a level which makes more sense than that observed by two opposing troupes of monkeys throwing faeces at each other.

Apparently we are not quite there yet. There is still ACTA to consider.

ACTA stands for Anti-Counterfeiting Trade Agreement and it has already been signed by 22 European countries, in secrecy and without consultation or any public discussion of its ramifications which according to the Electronic Frontier Foundation are every bit as damaging as that of SOPA and PIPA.

The agreement was signed on 1 October 2011 by Australia, Canada, Japan, Morocco, New Zealand, Singapore, South Korea and the United States. In January 2012, the European Union and 22 of its member states signed as well, bringing the total number of signatories to 31. After ratification by 6 states, the convention will come into force.

Bulgaria and Poland have acted out against it and it is unlikely that they will agree to its ratification in their territory but that’s not enough.

If you want to help stop ACTA visit the STOP ACTA website or the official website of AVAAZ.org and add your voice to those opposing it.

Update 20, October 2014: Google, in response to music industry requests, fine-tuned the signal it gets from sites that offer illegal downloads and deprecates them in search, below legitimate sites. The full story of that implementation and the reasoning behind it is reported by the BBC. At the same time Google released a report that stated that "Piracy often arises when consumer demand goes unmet by legitimate supply,". Large content producers in the music and video industries are still bent, at the time of writing, in applying geographic restrictions to content and DRM locks to files that are legitimately purchased.

SOPA – The reasons Behind it and How to Fight it
Technology and Processes: Understand Why We Are Locked into Escalating Responses