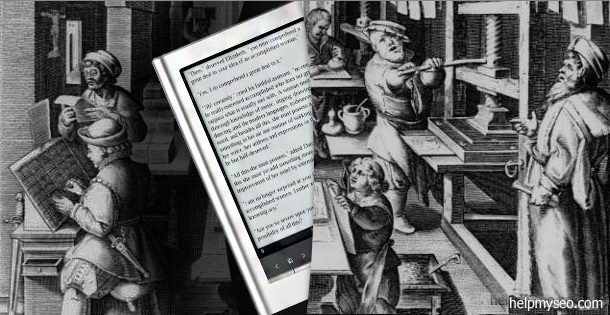 This morning a writer friend on Google Plus shared a post directly with me on How The Publishing Industry is Looking to Barnes & Noble to save them from Amazon. When we read stories like that reported in the Press certain phrases tend to leap out at us such as:

The publishing industry is in the midst of a massive decline, with sales of physical books dropping year after year, and Borders, the second-largest bookstore chain in the US, closing its doors last summer

Process that for a split-second and you will be forgiven for thinking that here we have that classic scenario of a shrinking market, dropping readership numbers, possibly a drop in literacy rates and shrinking access points (i.e. bookshops). The public, quite obviously, has the attention span of a fruit fly, is incapable of understanding what a good book is, unless they get slammed in the face with its hardback version and spends way too much time illegally downloading morally corrupting viewing material, to bother with anything which might help them improve their minds. Right?

Consider this for a moment:

"The war is now going to start. There's going to be bombing and torpedoing and a lot of people are going to lose a lot of livelihoods."

Flowery language, as you would expect from a trade publisher, spoken some 17 years ago. Christopher Hurst was, back then, fighting desperately to stave off the Net Book Agreement, essentially a price-fixing mechanism imposed, in Britain, which allowed for almost 100 years publishers to set the retail price of books. The major publishing houses agreed that they would collectively refuse to stock anyone that tried to discount and because there is nothing worse in a bookshop than to not have any books, let alone any popular books, this effectively locked down the market, guaranteed a healthy profit margin for all its players and kept out those who wanted to play rough ball by attracting more readers or driving up titles with deep discounting.

While this may sound outlandish in a world where we learn that value and free market principles are the motive forces it had, on the face of it, a rationale which argued for the public good sufficiently well for a court of law to examine its restrictive practices and uphold them in 1962 (a position which was to be reversed, I might note, some thirty years later). The rationale? The argument that by guaranteeing a profit in every title publishers were able to take a chance on new authors and support them while their career developed.

There are so many things inherently wrong with this argument that it is actually worth examining in detail.

The Notion of the Gentleman Publisher

It was, allegedly, a gentleman publisher who in 1846 agreed to publish the work of Ellis Bell, thus bringing Wuthering Heights to the market and establishing the everlasting literary immortality of Emily Brontë who had been hiding behind the pseudonym. The story, whether true or not, is anecdotally retold time and again, upon every occasion where the value of the publishing industry comes under question and serves to condition our minds to a role publishers play which is not really reflective of the reality.

To accept it is to also accept that somehow publishing is a conduit between some kind of well-intentioned, divine guidance and the reading public, acting as the sole guardians of what’s good to read, whose good to write it and, by the sheer stint of controlled pricing, who should afford to read it.

Publishing is, and always has been a business. To see it as a hothouse for developing the literary talent of the future or, even worse, a sort of public service, is to entirely miss the point that it is governed by products (a.k.a. books) and markets (readers) and distribution points (bookshops and supermarkets) and that we, the public, pay good money for what sometimes are mediocre products, which the publisher still makes money on. The only reason that, for a while at least, we were prepared to entertain the notion that publishing is somehow different is because we (collectively) were unable to overcome our understandable emotional response to books. A good book has the power to change minds. It allows us to enter new worlds, learn things we might otherwise have never experienced, consider ideas which we would never entertain and, upon completion, can leave us culturally enriched, mentally energised, buzzing with the kind of enthusiasm which only comes from suddenly having the ability to look upon fresh mental horizons. If this feeling could be bottled, it would probably be worth trillions and quite possible be illegal.

The publishing industry knows this. It has always known it and has always taken advantage of it which is why as recently as 1997, it became necessary in Britain for the Office of Fair Trading (OFT) to use the restrictive practices court to have the Net Book Agreement declared illegal.

But Bookshops Are Closing Down!

With book pricing flung wide open and publishing suddenly governed by public taste (just like any other field of the arts) the picture in Britain appears to be as Guardian blogger, Sam Jordison, points out, a little bleak:

Since the NBA disappeared, 500 independent bookshops have closed. Borders has swooped on to our high streets – and then ceased trading. Dillons is a distant (bad) memory

The book trade does appear to be under some pressure and on the surface of it for the same reasons as in Britain. But before you jump into any conclusions read Dan Gregory’s article on BetweenTheCovers. Dan, quite correctly identifies an inability (or unwillingness) of the publishing industry to move on with the times. The moment we change the label of what it does from publishing and bookselling (as an extension) to selling a product we immediately see that the industry has consistently failed to innovate, resisted new technology, resisted upgrading the end-user experience and failed to utilise modern marketing methods.

Barry Eisler, self-published author of The Detachment said it best when he stated that publishing is a business and not an ideology and went on to state that:

Eisler’s thoughts echoed those of the independent regulator and competition authority for the UK communications industries (OfCom) which in a 2008 communiqué confirmed that publishing as a public service would never work.

All of which brings us back to the original article which started this post where the publishing industry is looking for a new saviour. My contention is that had the publishing industry been quick to adopt new technologies (from eBooks to eReaders) and moved with its points of sale to create a unique end-user experience (just like cinemas fought back against big TVs and home movie rentals with multi-screen multiplexes replete with cinema food offering and pre-screening bars and coffee houses) we would not, now, be having this conversation. 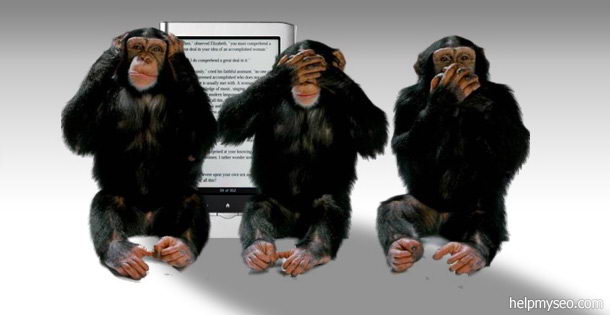 Unfortunately the publishing industry is caught up in the same morass as Hollywood. For instance, instead of leading the charge and putting pressure on Amazon to cut profit margins and sell their eBooks at a low price, publishers got together to sell eBooks (a product that has zero inventory and transportation cost and which needs minimal repurposing from its print-ready format for paper) at a price higher than that of paper books.

The result is an explosion in indie publishing and small publishing that is leading to the annual number of books published in the US and the UK, to grow by double digits year on year. As an author I love books and I like reading with the same passion that I love writing. What I love above all however is the ability to connect. To have readers who find my books, can access them cheaply, read them and use them to enhance their activities, inform their ideas and change their professional lives.

I understand the pressure publishers are under, and to some extent I sympathise but I do not endorse the mentality that would turn back time, take away the ease of access the digital age has given us, reduce end-user expectations when it comes to the bookshop experience and give the keys to the gate of knowledge back to the publishing houses which held it right up until the end of the 20th century.

This is the age of disruption and those who fail to come up with fresh ideas will run out of time.

UPDATE 14.05.12: You would think that given what I have written here publishers can only get better but oh, how wrong you'd be to think like that. Two quick trends. The first is towards price-fixing of eBooks (the so-called 'Agency Model') which the Department of Justice in the US has investigated and found wanting. The other one wants writers to produce more books in a sausage factory analogy so that publishers can make more money (erm, I am sure somewhere in all this they are thinking of writers, their brand value and long-term career prospects, when they take time to gaze away from little green pigs flying backwards, that is). Publishing, of course, is changing rapidly. Just like music labels are becoming redundant to bringing good music to the market there may well be a day when publishers are reserved for specialist titles and text books.

Barry Eisler on Publishing is a Business

Book Agreement Abandoned
OfCom: Publishing is no public service
Should we bring back the Net Book Agreement?
The Great eBook Price Swindle