The Rise of the Rice Paddy Economy 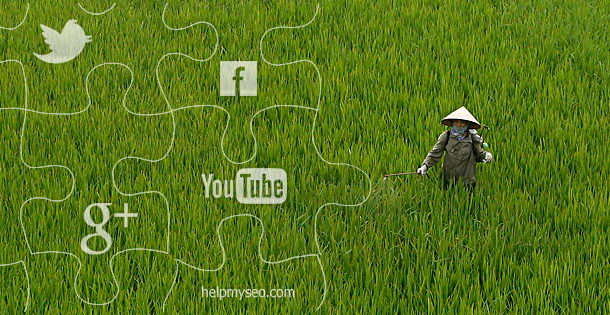 In his best-selling book, Outliers Malcolm Gladwell makes a convincing case for the psychological advantage the rice-paddy worker enjoys, historically, over his Western, agricultural counterpart. While farming, he says, is mostly governed by the seasons and fields, even when intensively farmed, have to have a time to recover, the same constraints are not imposed upon a rice paddy where the yield is directly linked to the amount of precise work and attention to detail the rice paddy farmer is willing to devote.

The distinction is, according to Gladwell, a small but important one, which led to different means of ‘taxation’ of serfs in Asia and the West and helped develop different habits relating to work and the personal application of labour which, have, arguably, led to statistical differences regarding performance in maths test between Asian and European subjects.

In Gladwell’s book he makes a detailed case for the work done by the rice paddy worker where from a relatively small area of land he can extract an ever increasing yield provided he is focused enough to do precision work: the irrigation fields must be absolutely level, the distance between seedlings must be exactly right, the height of each seedling mount, above the water around it, must be precise, the amount of water coming in and draining off must be carefully monitored, the amount of fertiliser brought in by the rice paddy farmer must be calibrated and so on, in an ever increasing cycle of attention and reward, until the optimum rice paddy can, from less than an acre of land almost feed an entire village.

The point is in the digital age we are in the same, liberating and enabling, matrix of attention to detail and reward. The digital worker of today has, within their grasp, the ability to rise above the usual cycle of mundane work and reward through the employment of precision online work and digital tools. In Outliers Gladwell explained how the rice paddy farmer’s work was hard, to say the least, but it was also emotionally and intellectually rewarding. It enabled, even the lowliest serf to feel in charge of their destiny, capable of doing something complex which could not be automated and able to directly influence the outcome through the application of intelligent work.

The Web of Tomorrow and the Fields of Opportunity

In the web, as it is evolving, the emerging trends are leading to an explosion of opportunities where what matters is the creation of value through the investment of intelligent work. The web, itself, at the beginning resembled a rice paddy in the way the amount of work one was prepared to invest was directly reflected in the rewards available. But is also gave us the means to automate mass-reach work. Email marketing enabled us to reach millions with a single click, a blog page became a platform for talking to a potential audience of tens if not hundreds of thousands. A website became a digital store capable of being reached from anywhere on the planet.

That was the first stage of the web. It was the time when digital simply meant taking whatever it was we were doing offline and putting it online at a lower cost, with a greater reach and with the potential of greater rewards. In the transition little had changed apart from digitisation.

We are now entering the second stage of the web The characteristic of this one is disruption. Disruption does not just offer a new way of doing things, it offers us a new of doing things which is radical enough to make whatever was there previously, obsolete.

In that respect everything which is happening, from the Google Panda update and its emphasis on quality data, to the value placed upon engagement in social media is directly linked to detailed, precise work. A blogger no longer needs to just have a blog. If that blog fails to address a specific audience and contain content of direct value to them, then he will fail.

An eCommerce website is no longer sufficient for success if the owner has not engaged the audience long enough in order for them to understand the unique selling point (USP) of the site, a brand can no longer make sales if the brand owners have not engaged sufficiently in communication with their intended public, in order to foster the bond necessary for a transaction to take place.

The fragmentation of the points of access we are experiencing: mobile devices, the social web, the cloud, the internet of things, all are contributing to the creation of an online world where the personalized touch now requires more than inputting a {first name} in a code field.

This is what the Dachis Group, have identified as emerging tech trends which will impact upon social business and what I have called in my book on social media the rise of the social media mind, a sense that mass market channels are no longer a means of communication to the masses, but, instead, provide the opportunity to discover, within the masses, those you can connect with on a meaningful level, and then do so.

Social media and the way we connect through social networks like G+, Facebook and Twitter plays the role of a catalyst. It speeds up the transition from the 'old web' which was still governed by the processes if not the ideas of traditional media and traditional marketing and traditional selling, and it is leading us to the new, socialised, personalised, hyper-localised web where going global requires being able to be local. The only way this can succeed is only through the kind of clearly thought-through, intelligent content and intelligent marketing and intelligent interactios we see emerging now.

Detailed, precision work (not unlike that of the rice paddy worker) has a way of engaging us fully, stretching our abilities, establishing a very direct connection between effort and reward and driving our creativity. This tends to also make us happier (if not necessarily happy) and more fulfilled. Two side-effects which more frequently than not, lead to success.