Passion for What You Do Cannot Be Replaced by Anything 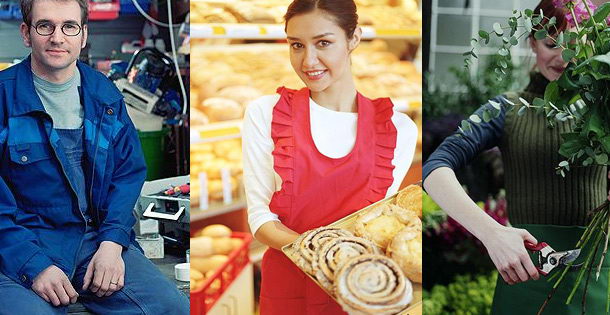 Everyone knows that the holiday sales season is make or break and perhaps none more so than in retail. In an unforgiving market and a tough economy casualties are to be expected. Sears Holdings, which owns Sears and K-Mart, both iconic US retail chains announced, on the last day of the year that up to 120 stores would be up for the chop.

From a distance, the analyst’s point of view is fairly straightforward: retail sales have slumped because of a bad economy, therefore the right thing to do is downsize in order to minimise costs and wait until things pick up again to get brave. There are, however, so many things wrong with this approach that, for once, I am not even sure where to begin from without overloading you.

For a start, consider that downsizing as a response to a sales slump is a classic sign of a process triggered by conditions which were initially put in place in order to make sure that certain minimum standards were maintained. This is what I call the process trap, where we assume that a process, once in place, is good enough to run on autopilot. It’s not and it shouldn’t, but it does and when this happens it leads to responses such as that of Sears Holdings and the New York Police Department whose riot gear resembles Star Wars Stormtroopers while demonstrations have become less and less violent.

But that’s the Capitalist Way, right?
Before we get into the argument of what exactly Capitalism is or isn’t, consider that what marks us from any other animal on the planet is our ability to think up processes and work to humanise them. Capitalism, as a concept, left to run its course becomes a juggernaut whose trail is littered by human corpses. It is up to us, every time, as individuals, to accept the challenge of making things work without losing track of either the business principles involved or the fact that we still need to have some semblance of humanity in our business dealings.

So let’s get back to Sears
Without any further evidence and going only by my own, considerable and very direct experience in top class retail I would say that the problem with Sears lies in a company having lost its way in terms of staff training, customer focus and what constitutes a successful customer experience.

During the early part of this century I saw this happening with the Marks & Spencer chain of business which took a retail empire which at one point seemed ready to tackle Europe and reduced it to a former shadow of its market-leading self. Sears and K-Mart, without a doubt are operating in a tough market with an economy that has almost stalled.

So is the John Lewis Partnership chain at the other side of the pond, facing a UK economy which is almost at its lowest point since the last war. Yet compare the results: John Lewis report a bumper Christmas.

What is wrong with retail?

Retail, as a business, is unique because it tends to bring together, in one uncompromising interface processes, technology and the human factor. Processes are indispensible as a means of ensuring that the entire chain and its workforce are ran along lines which are acceptable in terms of business, provide the minimum, acceptable level of professionalism and ensure that there is a line of command and a sense that the business, as a whole, is professionally managed. Technology is required for support and as a platform to run almost everything from internal communications, to points-of-sale, ordering systems, staff and customer support platforms and websites. The human factor is crucial as it acts as the necessary adjustment and feedback loop that ensures that both processes and technology work as they are intended to.

You notice that as structures go this is a tripod, the least stable of balances. Take your eye off the ball and allow any of these three to stumble, just a little and you end up with Sears Holdings.

Grant Cardone is an author who also runs a sales training company. He can be a little aggressive in his approach, particularly when he is pushing for business, but there is nothing wrong with what he says and he believes in being uncompromising where excellence is concerned.

To prove a point, and without being aware of Sears Holdings’ intention to close down 120 retail stores (the announcement came out on the same day as this video) he walked into one, followed by a camera and attempted to purchase a lawnmower and a professional blower. Here is the result:

Grant provides an impromptu and accurate analysis of Sears ills at the end which, for Sears management, must truly be shocking.

Whether you are an enterprise or a small business the fact is the same: there is never any substitute for passion for your work. I know the arguments against that because I have heard them time and again. But, like it or not, we all have to work and it takes the same amount of hours in the day to turn in sub-standard performance as it does to be exceptional.

The difference between the two is provided by passion and passion is maintained through leadership. To expect people on the sales floor to rise to the challenge without adequate guidance, training and support is like having a lottery win as the central feature in your retirement plans. It might happen, but it is so unlikely that the chances of you retiring to a mansion are practically nil.