Why the Media Likes to Target Google Plus 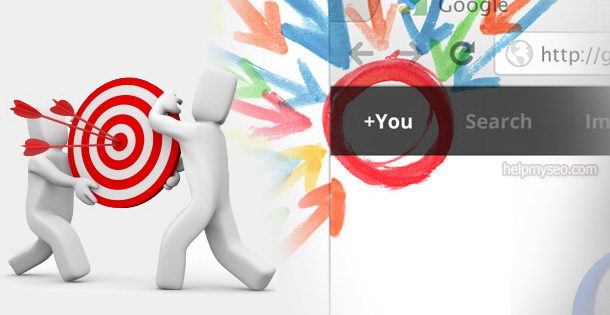 It’s a rule of print media that when there is no news you need to make some up and the deeper the quiet you are experiencing the more sensationalist must be the story you create. I spent enough time in newsrooms in the past to actually know that this is true and it has nothing to do with lying or fabricating stories.

The truth is that a trained journalist can look at practically any tableau and create the story he needs from his interpretation of the facts he sees there, just as he can get almost any answer he wants by the way he phrases a question in an interview. Why am I pointing all this out?

Well, because I came across a story in the BBC regarding the ‘failure’ of Google Plus the story was based on a Forbes story dated August  2011 and a much more recent article in Slate which is harder to explain given the length of time since August and what we know about Google Plus growth. Harder that is, until we remember the rule about things slowing down in which case Slate have just created the perfect linkbait and will see a surge in traffic which is what this is all about.

Except it isn’t. Really, at a time when on a web over-crowded with information, blogs, fanatics and special interest groups, journalists ought to use their reporting to shed light in a way that creates a semblance of balance and sanity based on fact rather than opinion and here both articles (and indeed platforms on which they appear) seem to have forgotten that.

There is a time and a place for opinion on the web when you go to an expert site where someone whose expertise you respect actually gives you their point of view filtered through the layer of that expertise. In the case of Forbes Paul Tassi, who wrote the article, writes gaming reviews (predominantly) and in Slate Farhad Manjoo has created a strong following out of encouraging people to join Facebook. Good for each of them, individually, but the moment they pretend to present an article based on facts they need to also bring to the table an understanding of how Google Plus benefits business and individuals (hint: it’s more than just a social network), and also how it impacts upon search and SEO which, incidentally, both Forbes and Slate rely upon in order to be found on the web.

Truth be told Google Plus is an easy target. Google rarely takes journalists to task for their inaccuracies and the company is big enough to be able to ignore barbs levelled at just one part of its business (something Facebook or Twitter can’t do). As a result it becomes the natural target to hit when things get slow because it guarantees a reaction from readers and a response.

Here’s the thing though. Each time this happens journalism and its values, already under attack, are eroded further. As a trained journalist I value what the profession brings to the table by way of skills, knowledge and ability. Yet, I also grow tired of seeing articles which are indefensible in blog posts let alone online publications.

Let’s hope that the penny will finally drop and online media will ‘get’ that there are no shortcuts to creating a valued, valuable online presence. This is something that, funnily, enough sole bloggers who might have had a good excuse to post content of this type, have learnt and create content which is usually meaty or entertaining and unique enough to gain them a following. Sooner or later online media will learn to work properly or it will become just another footnote in the history of content providers who failed to make the transition from print to digital.

Related Articles Which May Be of Interest

Can you Get Past the Obvious? How to Make your Marketing Really Work
Marketing Through Google Plus and Social Media in General
Would You Listen to Me?
What Does it Mean to Be Authentic?