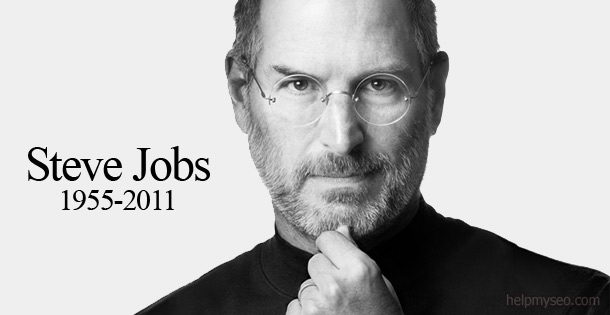 It is easy to believe that we are going to last forever. We plan our lives, think about new business, work hard to create an online/offline world where things make more sense than before and in doing so we go directly against the endemic, ubiquitous entropy of the universe, constantly emptying ourselves, pouring energy into the system so that it becomes something other than a self-organising, lowest-stable-energy-level platform.

In this fashion we create our world. Steve Jobs was one of those people who appeared to be inexhaustible. His energy, enthusiasm and very hands-on style of management seemed designed to leave an indelible mark on the universe. Much like the company he led you could love it or hate it but you certainly could not ignore what he was doing.

Then he was gone.

It is said that we always understand what we had the moment we lose it. This case is no exception. Steve Jobs’ persistence, drive and enthusiasm changed the entire tech landscape. His willingness to take risks and his ability to stick to his guns even when everyone else around him told him it may not be the best thing to do, led him to the role of Tech Visionary at a time when such role created High Priests. In his passing we sense the loss of vision as well as the loss of a person. Both leave a hole in the universe.

Ultimately each of us will be remembered not by what we did, perhaps, or what we achieved but by the legacy we ultimately leave behind. It is terribly easy to eulogise here about Apple products or the Apple brand but that is not Jobs’ legacy. The man was greater than his company and the vision he had was the direct result of an approach to life which has helped shape generations.

On the last page of the Whole Earth Catalog there is a Steve Jobs quote which captures that essence: “Stay Hungry. Stay Foolish”. It is a sentiment worthy of a coat of arms and it became the catchphrase of those who stormed the bastions of the establishment and brought about a tech revolution which may yet help redefine our world.

It is a befitting memorial to a man whose passage through life touched so many. The only thing we can now add is Godspeed Steve. Godspeed.