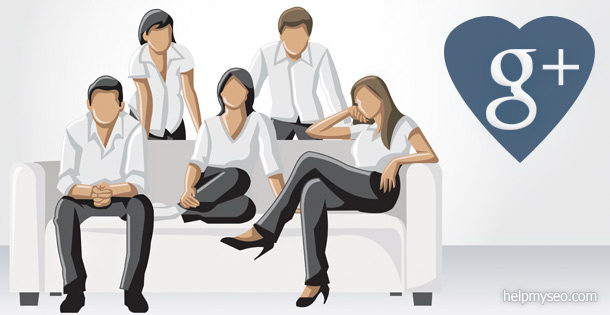 While I am a great Google fan because I see that despite all its faults as a company (and it has many) it strives to be as best as it can while doing as little harm as possible, I have resisted joining the argument of Google+ vs Facebook when it’s based on grounds of pure emotion or supposed loyalty.

Social Media is only going to become more enmeshed in individual web activity with time, not less, so it is here to stay and from that point of view as a Social Media Marketer there is nothing to be gained by taking sides. All I need is a social network which works for my marketing efforts and those of my clients.

As an individual however I need more than that. I want the web that’s being developed on my behalf to be inherently fair and to provide opportunities and I want those companies and web entities I deal with and use to treat me as an individual whose voice matters. In that respect it’s no secret that in the past I have chronicled Facebook’s failures on that front.

My own awareness of Facebook’s inherent failures, immaturity to date and total inability to learn from its mistakes, notwithstanding, I know that it takes more than that to make or break a social network.

I started this morning under pressure of time with several emails to reply to from the day before, two articles to complete and 5,000 words to write for my next book (in that order) and I logged on to Google+ momentarily to just catch up and see what’s new there. So far none of this is remarkable in any way. What happens next though is.

Quickly scanning Google+ I came across two posts. There are many professional photographers I have made a point of following in the social network because their work forces me to look at the world from a different perspective. For someone who spends up to 15 hours a day online and who thinks about social network connections, the way the web develops and how all this affects our relationship with technology and business, a fresh perspective is, arguably, not just necessary but also a good way to retain sanity.

On Google+ this morning two pictures caught my eye. One was posted by Miguel Angel Martin, a Spanish-speaking social media marketer. It is a share of little artistic merit, the colours are a little washed out. It is shot from the perspective of a person standing up, looking down and it shows a kneeling, emaciated African woman, burying a skeletal baby in a shallow grave which appears to have been dug by hand.

The other was shared by Brad Kremer, a professional photographer. These are pictures taken by Ron Garan a NASA Astronaut who, during one of his trips in space, found the time to take a few snaps of Earth and then posted them on Google+.

I urge you to go to the profiles of each of these and look at the pictures for yourselves. Seeing what Martin had posted, spending precious minutes on a pressured day, made me realise just how artificial and, quite suddenly, inconsequential the pressures I felt in my day were. I had deadlines to make, sure, but my meals for the day (and pretty much the rest of the year) were guaranteed, my biggest pressing worry was getting to meetings on time and my greatest fear was missing out on vital pieces of information which would make the puzzle I am piecing together  about the way the web is evolving, less accurate than it might otherwise be.

I know there is poverty, disease, death and suffering on the planet. The picture Martin posted drove it home with a reality which just knowing never had done. The realisation created its own momentum and made me linger longer on Google+ than I had planned and that’s when I came across Brad Kremer’s sharing of Ron Garan’s pictures. Again you will need to see these for yourself.

Seeing Earth from Space, looking at the fragility and terrible beauty of this rock in space which we call home also made me realise in a very tangible way that there is huge beauty in the world. That the suffering we see, the problems we face and even my own trite issues about punctuality, are part of an ensemble which has its own beauty and its own dynamic.

Both, in different ways, made me feel more responsible for the world and provided a deep sense of belonging which, admittedly, I rarely experience.

I was one of Facebook’s early adopters, getting into the social network before it became of value to marketers. I have never, in all my years of posting, reading other people’s posts and interacting, there, have come across posts with this degree of sensitivity or depth. I have never felt moved or felt that my perspective was challenged.

In my brief time on Google+ I experience all of this, sometimes on a daily basis.

Now, I might be unique in this, but I suspect I am not. Google+ with its sharing in a way which allows people across the globe to make connections, has created an environment where ‘addictive’ is redefined not so much as a trawl through a treasure-drove of someone’s personal photographs which appeals to the voyeur in each of us, but a true engagement of hearts and minds. A process which encourages thinking and feeling in ways which we may not usually do.

In that respect Google+ is something truly unique. As such it has already, at this early stage, created an audience which is so deeply engaged in a degree which is impossible to imagine in any other network.

Irrespective of what social media marketing does, as a phase on the web, and which direction it eventually takes I can honestly say that on a personal level I am a G+ member through and through.