Google Does Social in More Ways than One 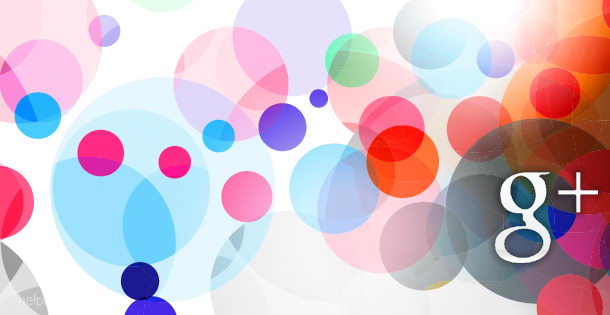 While most companies do social in a vertical B2C kind of way where they control some sort of central web presence which they then use to “take over the web”, Google does it differently. The Google approach to taking over the web (sigh – they all want the same thing) is to provide a service which has a use and let people use it.

Google did this with search, it has done it with Google Docs, Gmail and Google Social Search. It is doing it with Google+ and, recently, it added a Google Hotel Finder to the mix and augmented this with a Google Flight Finder. Now that has been rounded out, so to speak with the purchase of Zagat a highly trusted restaurant review service with its own, extensive, network of reviewers and an almost fanatical following on the web.

From a certain angle it looks like Google has gone acquisition mad. It paid for Zagat just under the automatic FTC anti-trust review threshold (reportedly $66 million), it has recently made a bid for Hulu and last year it offered Yelp (a beefed-up Zagat service, $500 million and was spurned). The pattern here is similar to when Google made a $6 billion offer for Groupon only to also be spurned.

As you would expect there is a method to Google’s madness and it has to do with the next level of search. Despite temporary blips and speculation that BING or Yahoo! (OK, that is a joke) may make significant inroads in the Google search dominance market Google is so far ahead of the pack that even if it did nothing it would take such a crippling effort to catch up that it would hardly be worth it.

So, while maintaining its focus on search Google is also doing two other things and both are related and have to do with taking search into the next level. The first is localisation. The Android mobile platform has achieved dominance in the smartphone market and, with the introduction of the Honeycomb OS, it looks set to also do this in tablets.

Mobile search is huge and here Google has been the first off the blocks and is sprinting to build up distance. Its focus on this front is on creating a complete, localised presence where every service and product can be found through Google’s local search. Couple this with Google Places, the reviewing ability offered by the Zagat purchase (which incidentally gives Google a print arm as well), Google’s experimentation with a Groupon-like service called Google Offers and a mobile payment system, called Google Wallet,  intended to web everything together and you have a one-stop ‘shop’ in terms of locally finding a service or product, assessing it and then paying for it, all without a PC in sight.

The other front Google is active on is socialisation. While Facebook has been busy building a vertical which still dominates the social media scene both in terms of size and popularity Google has created Google+ which is intended to supply the tools with which any web user can socialise the web.

The socialisation of the web is hugely important. For a start it will add a powerful folksonomy level to its algorithmic-driven taxonomy. This is where Google’s +1 Button also comes in. Secondly it will create a intense level of personalisation which will enable Google search results to almost second-guess those who use it. Thirdly it will, with time, provide sufficient personal data for Google to offer to advertisers the same degree of drilling down into private preferences that Facebook can with its ads, only this time, globally.

Imagine, for instance, the value of having the ability to attract customers to a downtown Boston hardware store who are male, between 35-45, live in downtown Boston and are interested in DIY (all of this is data which can be mined, with time from Google+ and the use of the Google +1 Button). Or imagine how useful it would be if you are based in London and have a sun-protection product which can now be sold to Australians, between 25-35, female, living in Brisbane (Australia’s Sunshine State) and interested in water sports.

Google’s size, reach and brand power, when coupled with such data would make it the de facto darling of advertisers and search users locally and globally alike. So much so, as a matter of fact, that it would be next to impossible to imagine using another service which would provide the same flexibility, speed, stability and accuracy.

Google is not there yet, but its management can see the picture and the company’s efforts are driven that way. This should also alert webmasters to the potential benefits which can be derived (now’s the time to optimize your website for localisation and personalisation) and highlight the pitfall (and vulnerability) of concentrating so much power in the hands of a single company.

The future is obviously going to be interesting in the full sense of the word.