Every time we enter a new crisis point the world changes. Back in ’87 (yeah, last century – totally) Black Monday created pressures for the Stock Market reform and pushed through computerisation as a way of seeing what was happening in the world of trade, quickly enough, to be able to avert disasters.

That computerisation made spread betting and margin calls possible and brought down in 1995 the Bank of Barings as Nick Leeson accrued huge losses. A lesson which brought in computerised checks and controls and oversights which then made it possible to take investment products, chunk them, mix them and re-sell them in a way which made it next to impossible to trace them to their origin and, arguably, set the stage for the global credit crunch which began with the failure of subprime mortgages in the US in 2007.

Why is any of this important to webmasters? Well, because in each case, as corporations shed thousands in redundancies and lay offs and lesser jobs simply disappeared we have been locked in an influx of home workers entering the market with the hope of setting up a website and working digitally, from home. 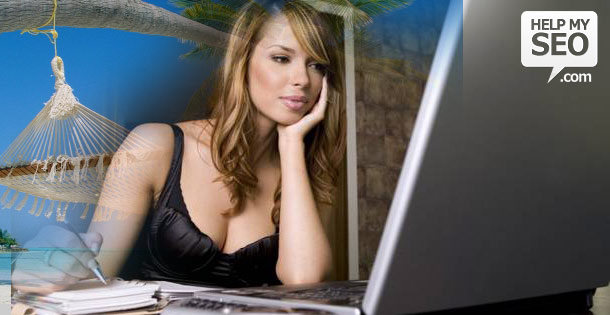 It’s important to understand basic principles in what we do. Basic principles are the driving power behind our actions and they are themselves governed by an internal logic which is then responsible for creating the different business models we apply.

I am going to take a sweeping view here but bear with me. Industrialization killed the cottage industry of the 19th century because it made it next to impossible for a single worker to compete in either price or quality with the collective power of a factory and its automation. This led to the birth of specializations. Anything which fell outside the acceptable profit margins of operation of a factory was simply not worth dealing with, which created a gap in the market specialists could easily fill.

Specialization also introduced the concept of premium pricing. If you were a skilled individual doing a job which could not be easily filled, it goes without saying, you charged higher prices for your labour.

The digital revolution of the late 20th and now, our days, has turned the clock back. Skilled workers can now have the tools necessary to produce work of a standard and, many times, even pricing, comparable to that of a larger corporation while working from home. With the means of reaching markets beyond those confined by narrow physical boundaries, through the web, niche marketing has become profitable and, in many ways, turned into a mass scale production phenomenon, albeit one without a central planner.

It is Viable to Work from Home Again

The tools we have today have made working from home a viable proposition again. More than that, they have made working from home a cottage industry which has a global reach and a global impact. The major flaw in the concept of the individual working on their own was that without proper marketing they were not able to capitalize on their skills sufficiently to earn a sustainable living.

Search engine optimization (SEO) and social media marketing have put paid to that notion by allowing the solo player with a clear understanding of targets and objectives to use the same tools a corporate competitor does, and win.

In the new world order which is emerging centralization of production occurs only when the materials needed are rare, or complex or the labour load required large. Services, small production scales and brain work can all be carried out just as well from home as they can from the office and, most times, much better.