As I am writing this the soft-launch of Google+ is just a day old and the blogosphere and Twitter are abuzz with opinions, ideas and assessments. The nay-sayers remember Google’s failed attempts to create social networks before. Google Wave fizzed out and Google Buzz is, well, there. While, it’s true that Google failed with these it’s important to remember a couple of important facts. 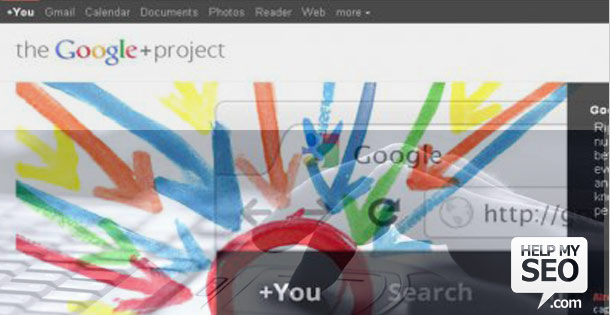 First, Google has a new CEO who made it Google’s test of success to get to grips with social. Second Google is a company which learns from each mistake it makes and uses that knowledge in the development of its next product.

Since Larry Page took control Google took aim at Skype before Microsoft snatched it away and started having problems with it, launched its Google +1 Button and worked hard to integrate search and mobile search with each of its products in a seamless whole which puts power, squarely in the hands of the end-user.

This is an important distinction which anyone who has been at the rough end of Facebook’s treatment of its membership will more than appreciate. But ease of use, slickness and disappointment with Facebook are not enough to make a success of a social network. Clearly something else is needed and that something else is money.

Facebook has become the hub of social media marketing because it has a large membership base and it offers a means of marketing, for companies, which makes perfect sense. What few seem to remember is that Its importance in the online world really rose the moment Google decided to make a company’s presence in Facebook and the level of its interaction, a criteria for ranking the company’s website in its search engine results pages. Social Media Marketing is important but survey after survey shows that 70% of online purchases start and end with search and Google controls practically the only viable slice of search.

To understand a company’s weakness you need to look at its strength. Facebook rose to prominence based on an online relationship model which Harvard Sophomores would love to have. Basically it was, by the admission of its creator, Mark Zuckerbeg, “a cool way to meet girls”. As such it has appealed to the college kid hiding in each one of us (befriending female profiles with attractive profile pictures is still the No 1 male activity on Facebook) and, has also become a handy way of networking for business.

The constant upgrading of profiles, Facebook Pages and Page capability and the fact that at the time of writing there are at least two tiers of Facebook Page functionality is testament to the fact that the online business and business promotion side of Facebook is an add-on that’s been bolted on to a college social network environment.

This is also what’s behind many of Facebook’s privacy issues and the fact that with Facebook all relationships are equal. If you in college network letting the world to see everything you do and say and to whom is not a big deal. College behaviour, however, does not easily transfer to business life and there you do have an issue.
Of late there have been survey results which suggest that flame wars and messages of questionable value, posted on the professional wall of business Pages or personal profiles used mainly for business. Add to this the fact that Facebook is a top-down, heavy-handed arbiter who frequently has annoyed the membership base it is so proud of and you begin to see that its hegemony was only going to last as long as there was no alternative.

Its one-size-fits-all approach to relationship, poor chat functionality and privacy concerns were bearable as long as no one left. No one left because there was nowhere to go.

Why Google+ is Different

Google+ is not a top-down social network and, technically speaking, it’s not even a social network. Instead it’s a means of turning the web into a large social playground while still maintaining total control of what we do, what we say and who we are and who we connect with.

Its close integration with Google’s + 1 Button and its transparency to search, to name just two of the technical advantages, make it far more attractive a social media marketing proposition than Facebook.  Strictly speaking, Google has not rolled out a rival to Facebook in terms of another ‘walled garden’. Instead it has given those who, until now, believed that Facebook’s ‘walled garden’ was the only place to socially market their business, the tools to break out and still employ social media marketing successfully.

Essentially, Google+ turns the entire web into a social place, freeing the individual to use it as they will through tools which allow them to totally control social marketing (i.e. business) and being social (i.e. connecting online with friends). Google’s four tools are:  Circles, Sparks, Hangout and Huddle.

Circles is the closest product to Facebook - it allows users to drag-and-drop contacts to individual groups. Circles allows the user to share different things with different groups of people more easily, so that business connections see a business-like persona and the user’s professional interests while real friends see the party animal and his hobbies.  Google users will be able to add their contacts, or import them from Yahoo or Microsoft. Facebook does not permit the export of contact information to Google.

Sparks allows users share content from around the web, and suggests more content. Google calls it a ‘sharing engine’, like a search engine. Vic Gandora, Google’s President of Social said in a recent interview: “Thanks to Google’s web expertise, Sparks delivers a feed of highly contagious content from across the Internet. On any topic you want, in over 40 languages. Simply add your interests, and you’ll always have something to watch, read and share”.

Hangout encourages users to share content within groups, being able to watch a YouTube video together, at the same time, despite not being in the same room. The idea behind it is to use it as a shared space, such as a pub, or a chance conversation with a neighbour, the digital equivalent of a real hangout as it were.

Huddle is a group messaging application, that combines messages to be sent to large numbers of people, and is aimed at groups trying to, for instance, organise a night out. Or (as you might have guessed) fans of a particular product waiting with bated breath for the next special offer.

Any of these, all of them, on their own are powerful online marketing weapons whose uptake will be limited only by the speed at which Google, safely, rolls out Google+. Add Google’s powerful search to the equation, the fact that you can choose how and when to market and when not to, seamless integration with Google Chrome and a toolbar (already evident in Google) through which all this can be activated plus the ability to seamlessly integrate mobile usage and use Gmail with all of this and what you have is a potent reason to leave Facebook and never be tempted into going back.

It may seem a tad premature to predict the demise of Facebook with Google+ still in Beta with a limited release. Yet, back in 2005 MySpace was the world’s dominant social network and where is it now?

For far too long Facebook has suffered from what I call Microsoft-it is. A rigidity in its approach with a primary focus on corporate solutions and ill-thought handling of individual users. I sincerely hope that Google+ will be its wake up call. If that really happens then we will end up not with one but two vibrant social networks in which case the world will be all the richer for it and the competition between them will allow, us, consumers to benefit from ever richer, more responsive functionality to help sus work and play.

If Facebook does not take heed of course it will become, inevitably, another relic of the web era and a potent reminder that in order to succeed, online, you need to take into account the individual and their needs.