Why Newspapers Cannot ‘Get’ the Web? 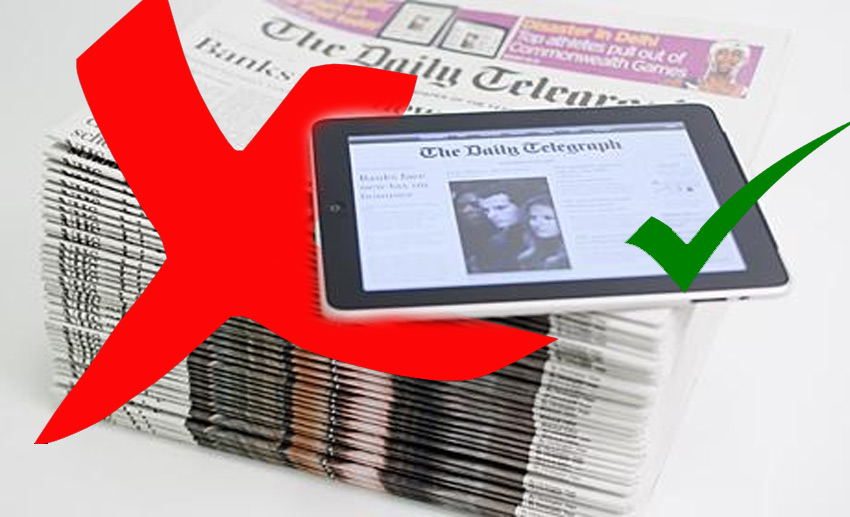 I have a confession to make. Back, in some other life I actually worked as a journalist (I still have my NUJ PRESS Card because I believe in supporting what the NUJ does for journalists). Now that I’ve come clean I can go ahead and tell you that I have never understood why people whose brains are uniquely designed to process masses of information, assess it from an editorial point of view, evaluate it from a reader’s point of view and then make the crucial decision of what combination of personal interest, global news value and average reader curiosity will work best in order for a news item to be included, cannot ‘get’ the web.

I mean, seriously? The web is all about content. Its values of freedom, openness and sharing are what the Press stands for. Right? Hmmm, hang on a mo. That’s what journalists working for newspapers are told the Press stands for and sometimes, it does. But most of the times it is about information and the value of information and working out how to make everyone from readers to advertisers pay the highest buck for the lowest possible production cost.

My views on paywalls are known well enough to not need reiteration here. It seems I am not the only one asking the same questions as Danny Sullivan’s irreverent and totally accurate blog post over at Daggle shows.

The questions he asks are valid. We teach, these days, nine-year-olds that the moment we manage to decrease delivery costs and maximise reach the per-unit price of anything goes down. This is sound business practice ‘got’ by any pre-schooler toying with online business models. Yet, The Times, seems to think that the opposite is true. Print, hand-delivered to your door each day actually costs less than digital content whispered to any mobile or digital device you own.

Is there a logic to this which extends beyond avarice? I have written about this before in terms of publishers and how they do not really get that the web is not a case of opening a money box and dipping your hand in.

Many newspapers and traditional publishers struggle with the web because of two reasons: 1. They are into the unfamiliar. 2. It is not clear to them how they can make money from it (restrain your gasps of horror, it's true!). The print industry is very old. It has a set way of doing things which is based upon firm projections designed to safeguard its bottom line.

Take a book for instance. A publisher, any publisher, taking a ‘chance’ on a book with a brand new author is facing no risk whatsoever. I know this appears to contradict the many things publishers say. I have worked in the publishing industry so let’s go and view a book deal in detail.

If you’re an unknown author or if this is your first book deal and you have no big-name recognition to bring into it you are looking at a maximum 10% royalty deal, little or no advance and a 5,000 copies print run.

If you do get an advance it will be in the range of $1K - $2K. You spend anywhere between three months and a year writing your book and then you get it to the publisher who will, in the name of efficiencies and minimised costs, will work hard to edit the first chapter or two and run a basic, normalising edit on the rest.

If your book is non-fiction its end price will be determined by market forces in the area you are publishing in and could be anywhere between $15 and $30. Fiction has a lower price. If you are now busy getting your calculator out to calculate 10% of a projected price don’t.

Books, these days, get discounted the moment they are published. A $30 non-fiction book goes on sale at the $19.99 mark straight away. Publishers will stipulate in their contract what royalty applies in low-discount copies old and high-discount copies sold. One guarantee, it will not be 10%.

From the publisher’s point of view this is justified because of the ‘risk’ involved in bringing a new author to market. But here’s how it really works out:

A 5,000 offset print run will bring the total print price of an A5, 200-page paperback to about $1.50 per copy. Let’s assume, for argument’s sake, that it is non-fiction. The publisher will, through their existing channels, sell or pre-sell 1,000 copies straight away.

This will make up for printing costs, transportation, the author’s advance (if any) and the editing process. Anything sold after the 1,000 delivers profit but not if it stays in the warehouse too long. Then it will become harder to sell, it costs to store and, in order to shift, it will require a deeper discount.

As soon as 1,000 copies are sold publishers will go for a deal with either an offshore imprint (if they are part of a conglomerate) so that a UK publisher will ‘sell’ copies at high-discount to another imprint within the same company in another country (usually the US) and vice versa. The deal will involve shifting between 2,000  and 3,000 copies which will then be acquired at a very low price by the other imprint which will go ahead and sell them at a deep discount and make a profit.

The publisher who first brought the book out will also make a profit from the high-discount sale. A high-discount book sale will reduce, drastically, the author’s royalties (sometimes they don’t even get 2%). If there are any copies left they will go to service any remaining orders and if the book does not sell within six months they will be bundled in special offers with two-for-the-price-of-one deals.

If that doesn’t work the copies will be remaindered (sold at cost) to book clearance centres – at this stage the author gets nothing in royalties.

This is a fairly standard scenario and as you can see the ‘risk’ involved is nil. As a matter of fact the publishing house cannot lose. So why are there not more books published and why does not every publishing house make mountains of money? Some do. A lot don’t. The ones which don’t are those which take a genuine risk not with the scenario I posted above but with books they believe in.

Because they believe in them the advance to the author is higher and the publisher is committed to higher print runs and large advertising budgets. This means that you a publishing could easily get into the red with just a couple of books which simply failed to perform.

The pressures on all this are standardised and well understood. Publishers are comfortable with risk assessment scenarios in areas where they feel they have a lot of control over and have some precedent to guide them. They understand the mediums they work through, like the bookshops, and they understand that everyone involved has something to gain by a book performing well.

The web is not like that. Its rapidly shifting nature, imprecise way of working and handing of control of a product’s (i.e. a book) fate to a number of faceless individuals whose motives can only be guessed at, generates a lot of uneasiness. Conquering this uneasiness takes a true grasp of what the web is and what you really want to accomplish in it. Google, to name one example, makes money hands over fist but it gets the web, has made its mission to index the world’s information and is never shy in giving back plenty.

Print media has never been interactive or inclusive (at least as far as any notion of 'free' goes - they will most happily include you in their 'club' the moment you hand your money over to read yesterday's news). Traditionally, because of the arcane nature of the medium through which it was delivered (i.e. dead trees) it has always taken a top-down approach which sees the consumer as a passive source to be dictated to, coaxed, and enticed but never actively courted as a participant in anything beyond the exercise of their purchasing option.

What I would like to see instead is authors becoming accessible to readers, readers being able to understand what went into a book by participating in interactive processes of communication which truly allow readers and authors to ‘own’ creative works from their own, separate perspective and work to mutually enrich their knowledge and experience of each other. Similarly, a news model which encourages participation to some degree contributes more to awareness and the cultivation of knowledge and sensibilities than anything passive.

For print this is a leap too far at the moment, or at least that’s what the little action they have taken in this direction shows so far. But print itself is being supplanted. We are becoming, by degrees, versed in getting our information from different sources. We are each becoming better at cross-referencing what we read online. The web, responding to our thirst for immediacy and interaction is giving way to a participatory, real-time web model which is changing the way we access news and information.

In that regard the ‘revolution’ will come from without, fostered upon print as an adapt and survival tactic. Now, that moment, for me, cannot come too soon.