Understanding The Impact of Semantic Search

It's difficult, sometimes, to explain the impact of semantic search in our world without breaking into terminology that includes Entities, Ontologies, Nodes and Edges. But, complex as the technology may be, its effects are incredibly simple to grasp.

One of the aspects of semantic search is that it maps relationships (Edges) between people and things (Nodes) that are known to it exactly (Entities) and are grouped into closely associated clusters that have been created with a specific conceptualization and intent (Ontologies) to infer information that really means something and which no one can see.

There are many real-life examples I could use to illustrate this but check out this one that will blow your mind: Kieran Healy, a sociology professor at Duke University, used David Hackett Fischer's account of Paul Revere's historic ride to map the relationship between him and the people who were involved in sedition (probably one of the few times I ever have the chance to use this word). 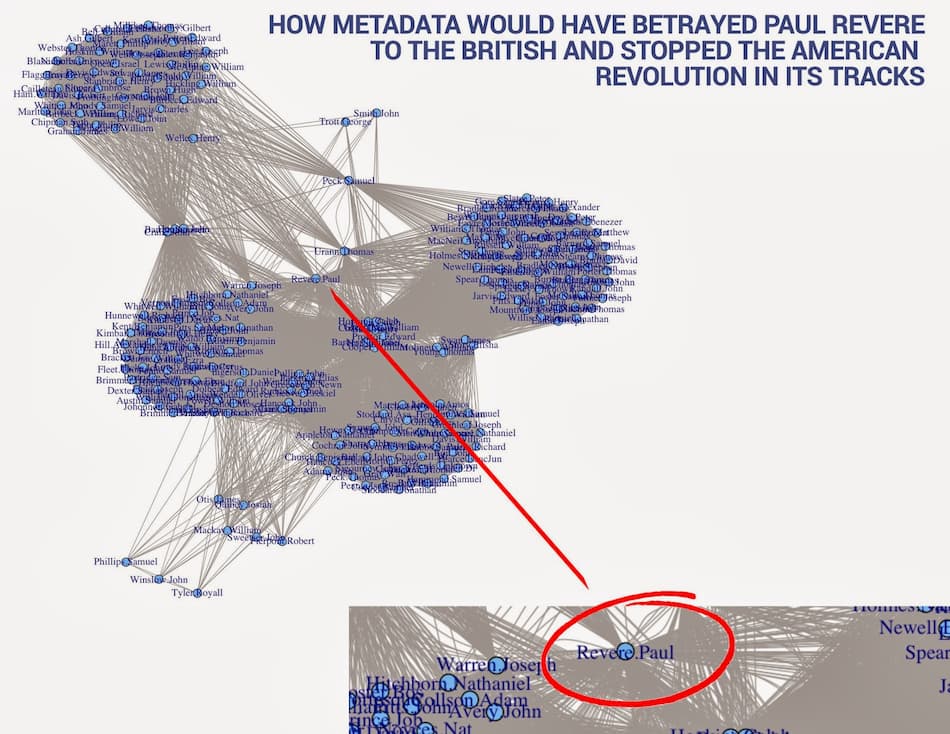 Without knowing anything about what any of them said to each other, what they planned or what they thought, given a little semantic search analysis King George III's 'bright young men' would have been able to proactively nip the brewing unrest in the bud, just by monitoring the communication patterns amongst all the groups concerned (sound's familiar?). What's more they could have arrested Paul Revere as "a person of interest" armed with nothing but just this evidence, interrogated him and decimated every revolutionary cell.

Kieran has written an account of this like it's an intelligence report of the times that is a must see.

Beyond the practical value of discovery of anything I hope you also begin to see the deeper implications of the use of semantic technologies that is part of the Web 3.0 revolution (i.e. the liberation of data).