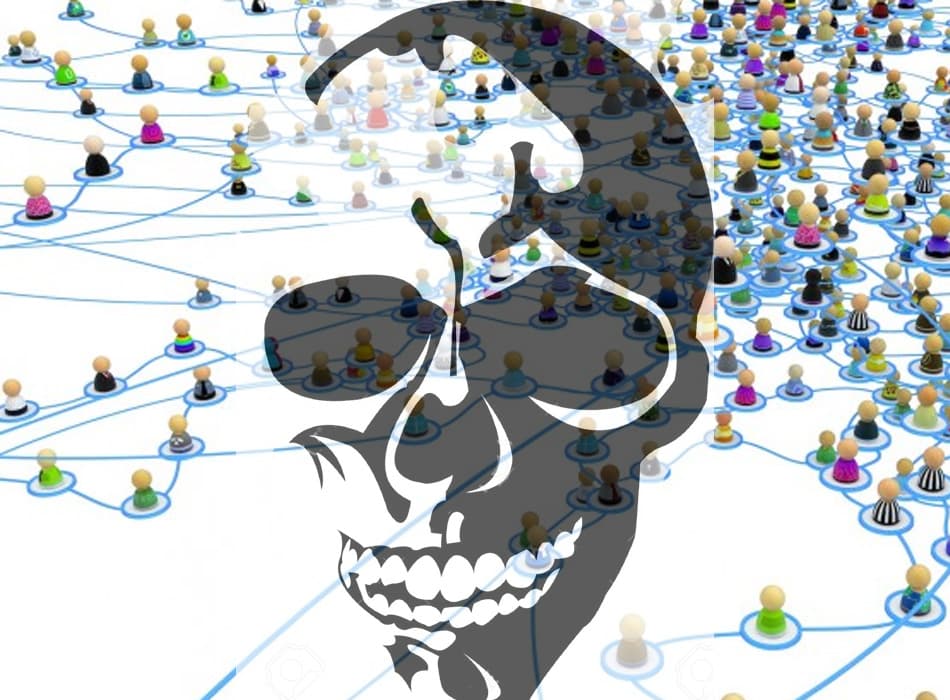 The Death Of Social Media Networks

Nothing lasts forever. The announcement of the sunsetting of Google Plus, made on December 10, 2018 is remarkable for several distinct reasons. Listing them straight away is important because it helps us understand why it also marks the beginning of the end for all social media networks.

The Product and the Price

There ain’t no such thing as a free lunch. To develop, run and support a social media network requires engineers, programmers, computers, talent and vision. It is no accident that the biggest ones of our time: Facebook, Twitter, LinkedIn reduce the cost involved (and make money) by using the data provided by their members to more precisely understand them and then target them specifically with advertising that is tailored to what they find most interesting and useful.

This is the traditional television model where the particular network of channel attracts specific demographics with some known interests through its programming and then uses that to sell advertising to marketers and companies, directly. On a social media platform however there is an extra twist that provides an additional, ingenious benefit to the platform.

The twist? The ‘programming’ on a social media platform is provided by the users themselves. They are the ones who produce original content and share the content of others. The ingenious part is that by having users to do all the lifting in terms of content social media platforms can create engagement and access individual profile data that allows them to capture and understand demographics in a far more accurate and detailed way than any television channel could have ever hoped to, in the past.

So, in a sense, every social media platform is a product that is provided at the price of an individual’s willingness to relinquish control over their own data. Historically, our right to privacy has been more closely linked to the social hierarchy we think we belong to than we would like to admit. The right to privacy then has been the direct result of the dynamic struggle between social status, social equity and public trust.

Writing in the 11th issue of the International Journal of Communication on the subject, Rutger University’s Matt Reichel would rightly observe then that “…political deliberation about privacy is, in fact, a coded conversation about the location of certain members of society in a social hierarchy, and that the unequal distribution of privacy rights effectively reifies this overarching hierarchy.”

The fact that we are willing to consider privacy so broadly right now owes little to any possible form of enlightenment we might have suddenly evolved in and more on the fact that Facebook’s disregard for privacy has led to such a monumental lapse of even the most basic norms regarding privacy that it has commended significant news coverage on the subject and therefore holds, in our mind, a disproportionate association with the subject.

Why Even Join A Social Media Network in the First Place?

To understand what we’ve lost we need to have a grasp of what we felt we had to gain. Behavior without motivation is madness and motivation without intent is dreaming. The internet is not a place where we find ourselves by accident so it is important to understand why we join social media networks.

Authors Petter Bae Brandtzæg and Jan Heim, writing in their book Online Communities and Social Computing list four reasons, each of which reflects a primary evolutionary trait that has led to the development of the type of brain we possess:

One could argue that the last one alone encapsulates the other three and pretty much anything else we might think of as identity curation is an ever-evolving, technology-adopting activity we require to engage in, in order to answer the simplest of questions: Who are we? How can we live our life?

It is easy now, within these four things to see that Twitter so readily satisfies the first, and Facebook was specifically designed to fulfill the last two. While every network starts with a single point of focus (or maybe two) and then expands as part of its efforts to attract more and more members, increase the strength of its relevance and its potential to generate revenue from the captured data it accumulates Google Plus started off with a focus on all four points, no need to raise any kind of revenue and then proceeded to narrow down its reason for existence in the mistaken belief that by doing so it would achieve a clarity for the new users it was hoping to attract that was lacking at the beginning of its journey.

We needed to join social media networks because in the beginning the web was a dark and lonely place, populated by entities whose identities we could never verify and capable of delivering functionality only to those who understood a little of the code that run it. It was characterized by places of:

The socio-technical platforms that sprung up seemed to nicely solve all these problems, even if somewhat imperfectly. Friendster grew because of that (and then lost traction because it couldn’t keep up). It was superseded by MySpace just in time for it to crash-and-burn as it lost focus and respect for its members. Facebook benefited by the next wave of development as the notion of the “Web 2.0” took off and it was a wave it would ride, somewhat unevenly, as it expanded globally until its woes caught up with it and began to take center stage.

In this potted history plus your own intuition as you consider this you know the writing is on the wall already. If you were a member of Google Plus you’re asking yourself the obvious question: would I undergo the trouble of curating an identity again, somewhere else just to have it shut down and I have to start all over again?

You already know the answer to that one, as do I.

While it was technology that appears to have driven everything that is not quite as true as it may sound. The development of technology, its acceleration and now, fragmentation makes us focus on the wrong things and ask the wrong questions.

It has always been human behavior that drives things and technology has always been a tool we have used well to achieve more of what we need, with less effort. To that end social media networks are now passing into the realm of utilities in our toolkit. When the core of our digital identity revolves around a device that is always with us our activity across websites, social media networks and apps becomes part of a broader effort of identity-curation that does not put any of our eggs in a single basket any more.

We understand that while social media networks and, indeed, apps, may come and go, data remains. Curating the self through a variety of digital and non-digital means not only satisfies the fundamental aspects of our neurobiology that have remained constant for centuries, but also ensures as Dr Louise Connelly put it in a University of Edinburgh study on identity curation: “Correlating ‘digital footprint’ research with an understanding of the wider discourse around ‘transitions’ and ‘identity management’ requires a more nuanced approach to presuppositions.”

As we are actively taking charge of our own efforts to curate our identity through specific, trackable and very intentional behaviors, we are also becoming adept at picking and choosing where to surface and when. As Jenny Davis writes in Identity Theory in a Digital Age: “Role identities are the social positions that persons claim in society, such as student, mother, employee, or friend. Social identities are those that demarcate membership within a larger category or group, sharing similar characteristics. Person identities are those characteristics through which a person defines the self as a unique individual: nice, stubborn, moral, selfish, and so forth.”

Messaging apps have overtaken social media networks as the means through which to connect with others. And online communities now work best through the narrowing of boundaries and the sharing of very specific interests. This is a trend that works against the likes of Facebook with its “grab as much as you can, of everything” approach. 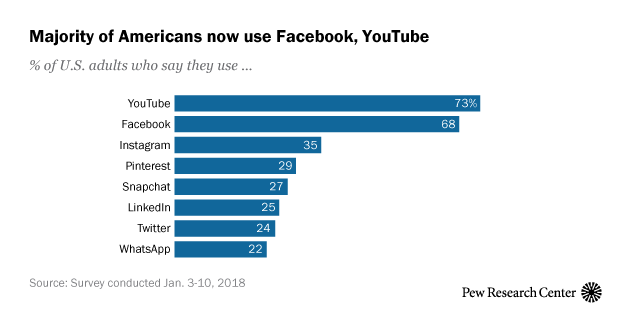 There Is No Trust

Google’s shuttering of Google Plus did not just brush away years of identity curation for hundreds of thousands, maybe millions of individuals, it also destroyed the final fragile strand binding the average user to a particular social network platform: trust.

As someone who has written extensively on Social Media and its impact and Trust (and its impact) I can see the Google Plus sunsetting moment for the perfect storm that it is: a confluence of enablement through ever more responsive technology coupled with the realization that data now, belongs to the person who generates it.

Does that mean we will all suddenly stop using social media platforms? No. But the reasons we use them and how we use them are shifting. We are less invested. We feel less constrained by them. They no longer represent us and therefore we no longer quite feel bound by them. These are small, important, seismic-level shifts of perception that begin to affect engagement and value, loyalty and usage patterns. And yes, they are all underpinned by our sense of trust.

In its most basic role trust allows us to make a prediction about the future which then determines the effort we are willing to put into the present. If you say something complicated that makes me think I am more willing to do so and respond if I have a reasonable expectation that by the time I finish crafting my reply you will still be around to reply back. Otherwise I don’t bother.

We are at this stage now. Social media networks are suffering the death of a thousand cuts. Nothing is killing them directly but we have all become wary of the impact of changes we cannot control.

The Web is Changing (Again)

As you might expect nothing happens in a vacuum. The Tim Berners-Lee backed initiative to decentralize the web (again) builds on his vision of linked data from the days of the semantic web to offer an alternative where data is stored by the user and parsed out incrementally and selectively.

This dynamic is at odds with the technology-driven drive to capture all data, everywhere and store it forever. Have no doubt this is a historic moment. Future historians will peer back to our time to try and determine just what was it that we saw that made us go in a particular direction. What was it we felt?

So, the heyday of social networks is over. Apps, websites and blogs are becoming sexy again and the social layer that marketers, brands and tech companies rely on to capture user-generated data is now something that exists everywhere. Google is already using personalized recommendations in Google Maps and the personalization based around connections from Google accounts and Gmail addresses is used in other Google products.

The increased use of artificial intelligence enhanced products that tailor themselves to our specific, individual usage patterns makes this trend near impossible to avoid.

So, what do you do if you’re a brand, a marketer or an individual? With the growing awareness that the overlap in behavioral patterns between these three distinct entities is growing here are the main differences:

As public behavior becomes more strident, more assertive, noisier and pushier the one restraining factor is that the increasing erosion between the online/offline divide is now making everyone behave a tad better. We needed social media networks in the past to help us become more social on the web, understand the value of having a real digital presence and help us find our audience. Now, they are just public spaces we stroll through. They are useful when they are there, but we find new ones to stroll through when they are not.