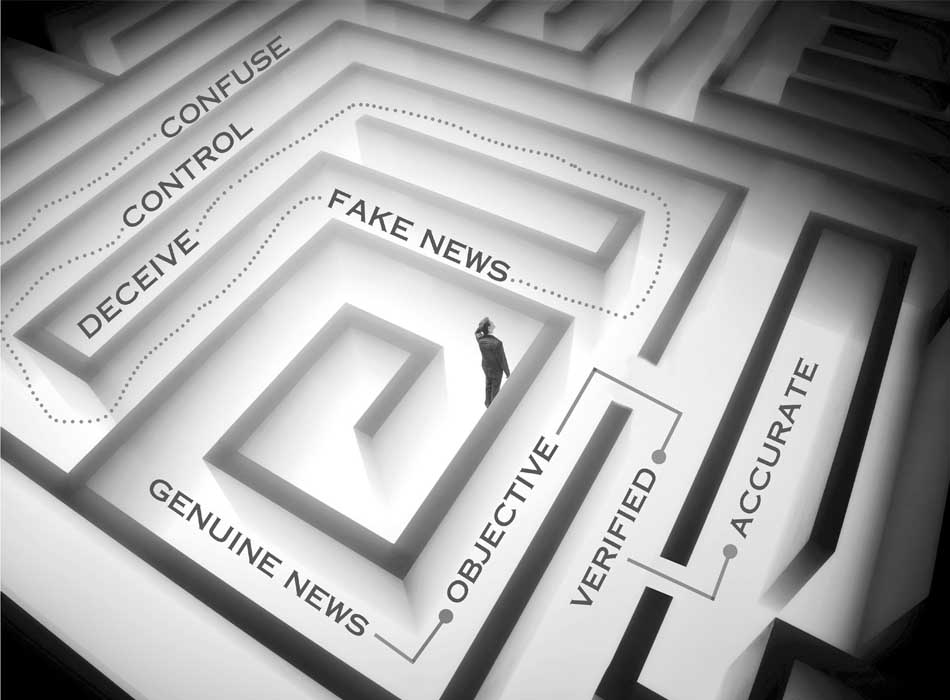 Fake News And Real People And How To Tell Them Apart

The man, Sicinnus, stood before the King of Kings, Xerxes the Great trying not to show the unrest inside him or wonder about his fate. He had faith in his master, Themistocles, who’d set these events in motion.

A Persian himself he’d prostrated in front of the King of Kings, as was the custom, and in fluent Old Persian had delivered the following message:

The general of the Athenians sent me without the knowledge of the other Greeks (for he is on your side and wants you rather than the Greeks to win) to say that they are afraid and planning to run for it. You can now achieve a brilliant coup, if you don't sit by and watch them run. They are not in agreement among themselves and so will not oppose you; their naval battle, as you will see, will be against each other, those on your side, and those not.

It is one of the earliest recorded instances of disinformation (or fake news) and it worked because it used precisely the exact same dynamic that every piece of fake news has used ever since. But first in order to understand why fake news exists in the first instance we need to understand what motivates a real person to become involved in its fabrication and initial publication: personal gain.

When it comes to a concerted, intentional effort to subtly subvert reality by altering a report of it the mental, emotional and psychological energy required is quite intense (what psychologists call the cognitive, affective and neurobiological dimensions). Fake news is propagated by real people with real-world concerns. Ideology may be a trigger but it is seldom sufficient cause to sustain it. In order to activate the reward system in the brain that guides motivation the benefits required are direct personal gain (money, glory and/or survival).

The reason fake news finds such a receptive host in a brain that is programmed to look at the world with suspicion has to do with a dynamic that hasn’t changed since the days of the Persian Wars: social persuasion, power, communication, and even the use of language itself. These are not elements of “social media” or “propaganda” or “fake news”. Although they are an integral part of what constitutes them, they are essentials of human economic behavior.

In this regard there is always some polarization taking place, there is always a degree of injustice felt by a marginalized part of the population who wait for just the right alignment of technology and cause to make their voice felt and have their case heard in the theater of social interaction.

The pattern, as Chris Bolman makes clear in his brilliant blog post tracing the history of fake news is as old as time itself. It fueled the Reformation, taking advantage of the pre-existing technological breakthrough of its time: the printing press and bringing about a social media revolution that gave us Protestanism. Fitting perhaps, as today’s theologians, fully aware of the past, struggle to find the balance between personal freedom and the undeniable pressure that is brought to bear on every belief system with the spread of fake news.

The Tug-of-War Between Truth and Truthiness

From a purely marketing perspective the process through which a ‘truth’ goes viral is relatively easy to see. What is not perhaps so easy to always see, let alone understand, is the lateral movement in the tug-of-war between truth and truthiness that is at its core.

At the heart of that battle lies our ability to trust which then allows us to create social groups that subscribe to a social contract which leads to the form of civilization we see today. The idea that ‘Truth’ is the result of a complex array of calculations of value that take into account the cost of setting up a source of information, its potential gain if it lies, the perceived domain authority it has accrued over time, the source of that authority and the historical perception of the truthiness of its pronouncements is something that Howard Gardner explores in some detail. He also explains why truthiness, the degree to which something feels true, even if it is not, becomes more prevalent the moment institutional power is eroded and the outward appearance of value can be replicated (like when a conspiracy-peddling website can be made to look like a legitimate source of online media stories and news).

Technology Is Not To Blame

The instinctive response here is to blame technology. After all it democratizes the ability to create and spread information in all its shades of truth and, in its legitimate guise of empowerment, it incentivizes individuals to find ways to use it (or misuse it) to their own personal gain.

The 19th century English physician and author, Andrew Wynter writing in Curiosities of Civilization, in 1860 makes it abundantly clear that the struggle between Truth and Truthiness has never left us:

Intelligence, thus hastily gathered and transmitted, has also its drawbacks, and is not so trustworthy as the news which starts later and travels slower.” [where news carried by telegraph arrives] “Swifter than a rocket could fly the distance, like a rocket it bursts and is again carried by the diverging wires into a dozen neighbouring towns,

The need to use factual, semi-factual and fictitious information always orbits around, and serves, the core reality that is being presented. Such action always presupposes an agenda and a goal. As an example, a hundred years ago the White House published the Sisson documents fueling public distrust in the Bolshevik government of Russia and setting the tone for Russio-American relations for many decades to come.

Again, the effectiveness of what were forgeries (i.e. lies) to change real-world affairs lay in the fact of their plausibility. Their appeal was found in their truthiness that fed existing misconceptions and strengthened false perceptions. In other words, we are always more inclined to believe something that may not be true, without fact-checking, when it strengthens our own view of the world.

If technology is not to blame in all this, what is? Human behavior certainly and in particular the part of human behavior that has to do with discomfort avoidance. Facing the things we fear most and getting comfortable with discomfort are 21st century responses to a complexity that can no longer be ignored.

As the world has got smaller, more transparent and more connected the perceived divisions have only grown and so has the generational divide in response strategy. Pew research shows that younger Americans are better than their older counterparts in sorting through real and fake news.

New America a non-partisan organization published a set of guidelines to help develop better habits in dealing with fake news.

A Formula For Dealing With Fake News

In a perfect world we’d design intelligent technology that could help us sort truth from lies. In a closed data set, with enough time, this is in fact entirely possible and I have written about it before.

The open web, unfortunately is not a closed data set and frequently time is against us. In that environment as Eric Schmidt, chairman of Google’s parent company, Alphabet, made clear during a web security conference in Halifax, Nova Scotia, Google’s algorithms cannot always tell the truth from a lie.

Is there a way out then? Yes, as it happens there is and I intimated it when I wrote about truth and trust in the social media space.

The burden of judgement falls on us. But unless we have a fresh skillset we are unqualified to make it. So, what’s required:

All of this requires effort. We have come to the place in our development where our civilization can no longer apply simple solutions to complex problems and hope to solve them.