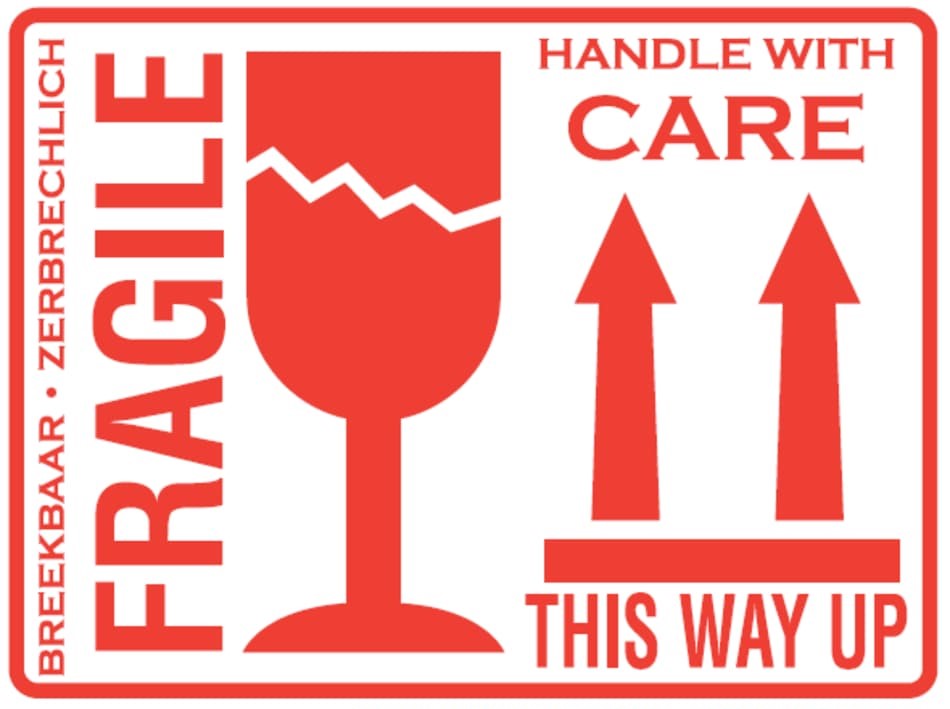 Not too long ago I ordered a bathroom mirror from IKEA which was sent to me via a courier service. I liked the mirror: a thin pane of glass, entirely borderless and almost one square meter big.

Its fragility did make me think twice before I completed the order but I reasoned that I am unlikely to be the only IKEA customer who orders this item from their website. Hence, it was unlikely that they wouldn’t be well-versed at dealing with the challenge of its transportation.

Sure enough when the mirror arrived it had been carefully packaged in really stiff cardboard that extended well beyond its dimensions and protected all the corners. It was thickly wrapped in enough bubble wrap to stop a bullet and “Fragile, Handle With Care” stickers in big red letters had been plastered all over it in every conceivable angle so they could be read with ease.

The guy who delivered it dropped it off (almost literally), made me sign and went on his merry way. It took me quite a bit of time to unwrap it a little and when I did I saw that the mirror, unfortunately hadn’t made it through the goods transportation system IKEA employs. There were several big cracks radiating from one corner, where it had either been dropped or something heavy had leaned against it, and stretching across its entire surface.

Disappointed and more than a little annoyed at my own stupidity to think that something that fragile would make it through the rigors of transportation via truck I got in touch with IKEA’s customer service who agreed to promptly replace it. Now, at that point I was intrigued because having experienced the quality and attention of their first attempt at packaging it I could only envision it arriving intact if it was crated and handled with the kind of care world class museums reserve for their most sensitive exhibits. As the picture below illustrates, that’s clearly possible, but hardly cost-effective (hence my being intrigued). 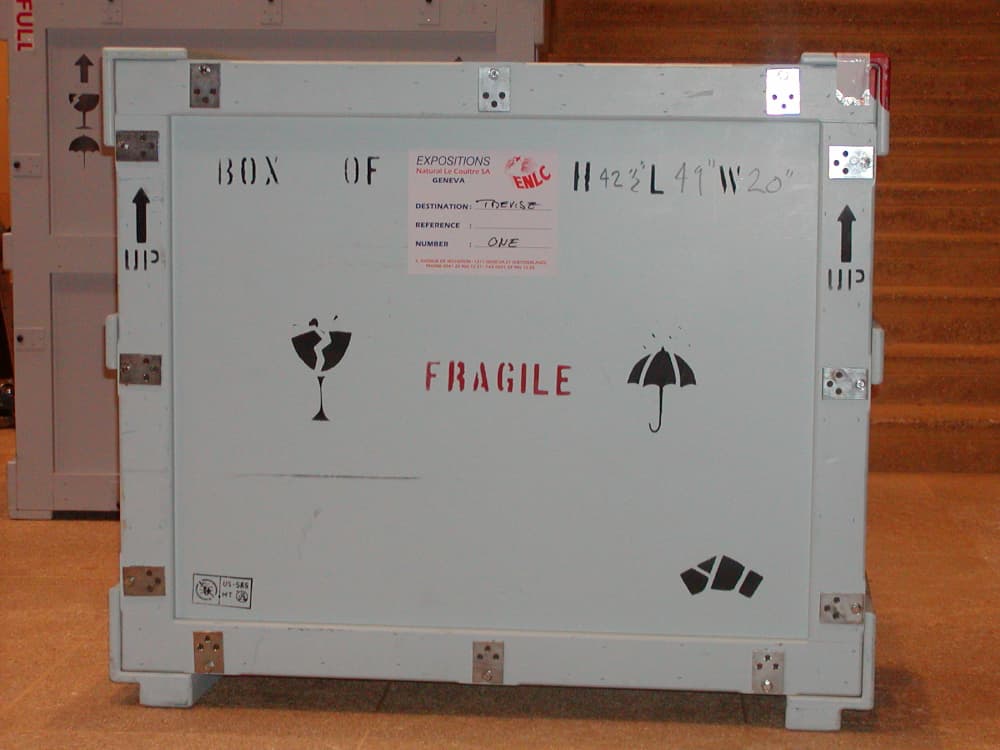 The replacement for the mirror did, indeed, arrive after a few days and it was indeed intact. Not only that but as I happened to catch the unloading on CC-TV footage I could see the person taking it out of the van and bringing it to the house was handling it like it was, indeed, a fragile work of priceless art.

It was only after he brought it in and I signed for it that I realized how this had been achieved. The mirror had been sent through the system with a thin transparent covering of plastic and the standard cardboard edge protectors.

On paper, logic would have dictated the first method used to be the winner: mirror carefully packed, labelled as fragile and sent through a system used to handling fragile goods, clearly marked as such. And the second to be pure madness: send the mirror through the system unwrapped, unprotected and let the people who handle it take care not to break it.

Evidence from this small sample of one shows conclusively what worked and what didn’t. So why did this happen?

The first method, careful as it was to protect the mirror and alert the system to its fragility, was not good enough in this case. It commoditized the mirror, making it part of a faceless mass of fragile things. The opaque wrapping separated the fragility of the mirror itself and turned it into a commodity attributed to a lot of fragile items whose degree of fragility fell into a range of values. As a result, in that system, some kind of wastage (i.e. breakage) is an expected norm designed into it. When you add the need for speed in processing and handling (because improved productivity drives are part of every system) and human error due to distraction or fatigue wastage is expected to rise to the point where it triggers an alarm, there is some kind of internal forensic analysis of the wastage figures done and the process of handling everything was tweaked to reduce wastage back down to an acceptable figure.

Statistically speaking given enough consignments of my order of the mirror one would eventually get to me this way unbroken. But seeing how each consignment costs (and I only paid for the one initial mirror) this is no way to turn a profit.

Someone at IKEA knew that. Either it is part of a standard reaction to particularly fragile items or it was simply someone operating on a theory and an understanding of human nature. Either way here’s what happened when they shipped the mirror to me with virtually no protection: It was clearly and obviously a mirror. It was a very fragile looking mirror. This time, should the mirror be broken or damaged at any point it would become immediately and obviously apparent because there was no opaque covering or tons of bubble wrap around it to hide the damage.

No one wants to break a mirror (the old seven years of bad luck superstition still holds its power even today). No one wants to be the one who stops the process of transportation by destroying a fragile item being transported. Plus, I assume, people understand that this is now an item ordered by someone who is waiting to put this mirror (unbroken) in his bathroom.

The second method involved taking a calculated risk and trusting in human nature to do what careful wrapping and red “Fragile” stickers hadn’t. And it worked.

Need help getting to the next level? These books are there to help you.