The One, Vital Marketing Lesson Taught by RDR2

“By 1899 the West had nearly been tamed” explains the trailer as Red Dead Redemption 2 gets under way. This fact alone is key but before we get into it, the trailer:

Now, if you’ve played the game at all (and I actually started with the very first version of this game back in 2010) you know that in the intervening years it has become even more immersive, intense, complex and morally ambiguous. 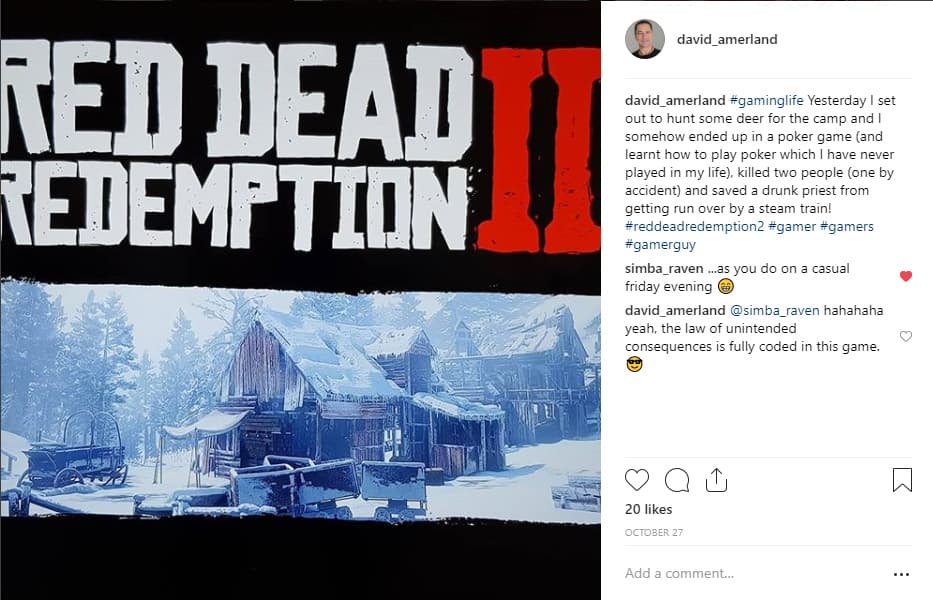 Its development arc mirrors that of technology itself which is more interactive, more intuitive, easier to use, closer to real-life experience and more complex as a result. But that’s not the lesson taught by RDR2. As Arthur Morgan, its major character remarks “We’re more ghosts than people”.

These two developments made it possible to transmit information and to transport people and physical goods across the country faster than at any other time prior. This made the country smaller. A space, no matter how large, that is easily traversed, is subject to the network effect where everyone is a lot more closely connected to everyone else through their network associations.

The network connections, in turn, impact upon a variety of social attributes that we are all familiar with:

In a segmented world where communication is slow identity is self-certificated. This makes it of lower value than actions which have a direct impact. A business that’s a bad actor in one part of the world can pull up stakes and set up somewhere else with no one being aware of its previous identity.

In the RDR2 Universe our gang of outlaws is trying desperately to pull off one last heist to get enough money together to buy a ranch somewhere and live happily ever after, its crimes forgotten, its new identity established on a clean slate. But technology puts paid to that dream and as they entertain leaving the country and going to Cuba or Tahiti, the stakes get higher, their actions get more desperate and the likelihood of their riding off into the sunset at some stage is significantly diminished.

The one vital marketing lesson taught to us by this? We also live in an interconnected world that’s shrinking. Data travels fast. The speed at which data is transmitted leads to context collapse and the creation of a data monoculture where any differentiation is provided by context. Context, in turn, is the result of culture.

The only available shortcut to success in virtual ranching in the RDR2 Universe or marketing in the real world lies in the sustained, sustainable and incremental built-up of an identity that gets its value from non-bad actor behavior. This, in turn, lowers operating costs (ironically enough in both environments mentioned above), increases opportunity, leads to greater cooperation and the formation of partnerships.