Is Universal Basic Income a Step Too Far for any Government?

Back in 2014 with the global credit crunch still in full swing I carried out a thought experiment that to me made a lot of sense. Uncoupling money from work may seem counter-intuitive to most but for those who understand that intrinsic rewards trump anything that a pay-packet may give us it made total sense. Not only would it combat poverty but it would also serve to create the highly motivated, focused, innovative and driven work force that the future relies on in order to become better.

When Finland decided to run its Universal Basic Income (UBI) as a limited experiment it was seen by many proponents of UBI globally, as the thin edge of a wedge that would precipitate global change in the way money is thought about and, then, distributed.

There is a strong temptation to read “failure” into Finland’s decision not to continue the experiment. Resist it.

First of all the Finnish government is considering an alternative social welfare system, one that is like the United Kingdom’s where social benefits are collected under one account linked to an individual. Second, consider the fact that while the results of Finland’s somewhat limited experiment will not be known until 2019 the Finnish parliament passed a bill in December 2017 making changes to the welfare system that are moving things away from a UBI approach.

You may well be tempted, here, to think that taking legislative action without having data is not a good way to govern. You will be right but, as I will show, there are good reasons for that just as there are good reasons the Finnish government (and any current national government for that matter) is perfectly willing to legislate new budgets for new welfare programs but is unwilling to consider, what many label, the giving away of “free money” to its citizens. 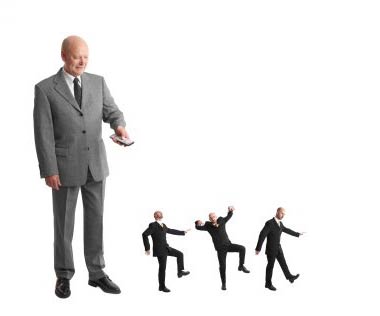 To better understand the power dynamic that conspires to keep people poor and prevents experiments like UBI from even being seriously considered, take into account that in 2016 Switzerland became the first country to get the chance to vote for the adoption of UBI – a proposal that was rejected with a landslide vote against it by nearly everyone.

The reasons for that run deep at both systemic and personal level. Understanding them may help us be proactive enough to avert the inevitable crisis that will precipitate the adoption of Universal Basic Income (UBI) as a viable option.

First consider what is being actually proposed: the handing out of a predetermined, commonly agreed upon sum of money to everyone without any kind of check. Our relationship with money is a complicated one. We use it as a means of understanding complex motivations and its ability to simplify the way the world works becomes one of the key ingredients for the building of trust.

Doing away with a mechanism that has worked for so very long will require the universal reengineering of all cultural and social structures that generate trust. This is a deeply disruptive and unsettling approach that we are genetically programmed to react against. Our brain is designed to be a predictive machine actively engaged in generating a coherent picture of the world. Remove that capability by neutralizing one of the key means it has of doing so and you instantly create anxiety, stress and a deeply unsettling sense of fear.

We are designed to be adverse to fear. So much so that as I detailed in The Sniper Mind it requires tremendous mental and psychological resources to help us overcome it and a methodical approach to help us control our instinct to simply avoid it.

Institutions and governments feel fear too. Stripped of all paraphernalia a ‘government’ is a position held for a brief period by a political party that has achieved its coveted status by promising, via its ideology and professed policies, to help make our individual lives better.

When everyone receives a Universal Basic Income regardless, that premise goes out of the window and with it any kind of direct or indirect power a political party or a government may exercise over its citizens. Politicians and political parties and governments would then be judged upon their ability to keep on delivering UBI smoothly and without glitches. Logical as this may be it runs contrary to the reasons people go into politics, political parties are formed and governments ascend into power.

Fear and the unwillingness to cede control and power are powerful motivators in their own right. When they arise from individuals and institutions alike they become powerful, common narratives that unite those who oppose UBI over issues such as “giving free money to people who do nothing”, “making people lazy”, “forgetting values related to hard work”, “creating an unsustainable culture of giving away money we cannot afford” and so on and on and on.

The arguments are facile and they revolve around stereotypes, assumptions and biases and are characterized by a total lack of data.

Governments and individuals, lacking the ability to overcome their instinctive aversion to the unknown and being unable to truly plan for the future, will nevertheless back UBI when two things happen:

First, the unemployment due to automation angle. Ever since the Luddites our protests against technology have centered around its disruption to society and “family values”. Pretty much since that time, each iteration of technological progress has come with the loss of many jobs and the creation of new ones. What holds true is that each time the new technology offers as many opportunities as it takes away but it takes some time for the technology to become established and the fresh opportunities to become apparent (consider how many children are growing up today aspiring to be Youtubers as a career).

The same will be true in this case with the exception that the disruption will be much more widespread and permanent and the opportunities offered fewer within the realms of technology because of its complexity and they will take longer to become apparent. Robots may be better at fixing robots that need fixing than humans and some robots will just fix themselves. This creates an immediate, intense and protracted pressure on the fabric of society. At that point the fear of social unrest and complete breakdown of law and order will force governments and individuals to overcome their aversion to UBI and begin to put in place conditions that will restore public order.

Second, the education angle. We live in a world of hidden complexity where machine learning and automated and soon to be autonomous systems are forcing us to take decisions and make choices based upon our own human strengths. These human strengths will take time and effort to develop and today’s educated citizens are woefully unprepared.

Society and Human Relationships Will Change

Everything is transactional. The nature of the transactions that bind us however is changing. We are changing. The change we see in the world is a reflection of the change we experience at a personal level.

So, yes. UBI is not a thing yet. But those of us who call for it see it as a direct means of ensuring that the world we are helping take shape is one we can feel proud to have been part of.

UPDATE 20th June 2018: This is really not going away. See this article on the World Economic Forum website on the subject.

UPDATE 22nd March 2019: A fascinating, balanced public discussion and presentations of differing opinions regarding the efficacy and implementation of UBI across the globe. Of particular interest are the examples already cited and some of the ideas about UBI from the different participants. This was organized by the Dialogue of Civilizations (DOC) research institute in Berlin.

UPDATE 6th April 2019: Finland is leading in this field because of the data they gather and the analysis they do based on it. As a result the studies show that providing a Universal Basic Income, even one that does not completely cover recipients' needs changes their attitude towards society, affects how they develop and then extend trust and alters the way they perceive the world and their place in it.

UPDATE 22nd January 2020: Hull, in the UK vies to be the first city to trial Universal Basic Income as a means of doing away with the welfare state.

UPDATE 12th February 2020: A Cherokee Community in the USA benefits directly from "free money" distributed to every community member as part of a tribal casino's profits. This is not UBI by any stretch of the definition, though, in that context it applies as such. What is of huge interest here are the effects this personal windfall has on the tribe and its society and the lives of the individuals involved.

UPDATE 16th February 2020: Cities across the United States of America are piloting projects very similar in format to what Finland put into operation. The results they will get will add to the data that already exists and further drive conversation forward.