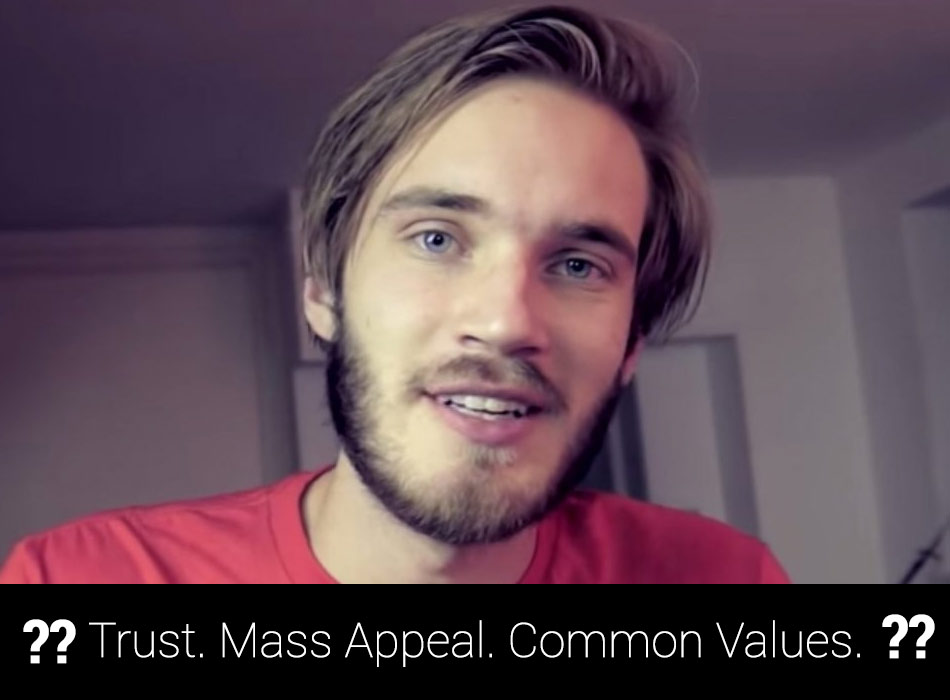 Remember the 80s? A time when a brand used to pay a six figure sum for some well-known actor to get on TV and tell us in 40 seconds or less how great the brand was?

The intent was to bridge the overcome our inherent resistance to advertising that ‘pushed’ something to us by bridging it with humor, style and humanity. The star became not so much a brand ambassador as a brand personification who brought over their own fan club and values and humanized the usual large, probably faceless corporation standing behind them.

Not much has changed.

Despite the age of transparency and the explosion of social media usage brands have been slow to adapt.

I wrote about this in The Tribe That Discovered Trust : How Trust is Created, Propagated, Lost and Regained in Commercial Interactions

Media coverage of this is a tale of woe: “We want to be your friend” cries out an article on brands written in The Economist where it says:

“Consumers are bombarded with brands wherever they look—the average Westerner sees a logo (sometimes the same one repeatedly) perhaps 3,000 times each day—and thus are becoming jaded. They are also increasingly familiar with the tricks of the marketing trade and determined to cut through the clutter to get a bargain. Skepticism and sophistication are especially pronounced among those born since the early 1980s.”

The subheading to the article is that: Brands are finding it hard to adapt to an age of skepticism.

Which brings us to PewDiePie the social media sensation with more YouTube subscribers than any YouTuber in the world. To a brand, any brand his 53 million plus YouTube subscribers and cool factor make him a no-brainer by way of associating with him. Which is why so many did become associated with him in various contexts, allowing him full creative freedom while at the same time basking in the perceived glory of their connection.

It is easy to moralize in retrospect. When PewDiePie went a little too far Disney and YouTube were quick to act and shall be followed, no-doubt by many other brands.

The focus here shouldn’t be on PewDiePie. Laboring under the intense pressure of creating content that remains “edgy” for millions of global fans traps you in a bubble that has nothing to do with the real world. In that context PewPieDie did what every content creator would in his shoes: he followed the shock value of his content by posting content that was intended to shock, more and more. It’s a formula that’s designed to lead you over the precipice of acceptable taste precisely because the precipice is the only safeguard it offers.

Brands Need To Get Better

Brands are under pressure. In addition to negative inflation that has been squeezing profit margins they have to contend with rising supply line costs and a customer base that’s proving fickle and disloyal.

To make things even harder we’ve been asking them for years now to humanize their approach and convince us of their values so we, as consumers, can make better decisions based upon brand values alignment with our own.

It’s a lot to do. Most brands still work under legacy command-and-control corporate structures. Transparency and social media is relegated to overworked, underpaid teams that are charged with delivering “Likes” and “ReTweets” by way of creating brand value and building a brand audience. When you measure the wrong things you don’t know what to measure. If you don’t know what to measure then you don’t understand why you need to measure anything and you end up measuring what everyone else is measuring hoping that it gives you the kind of feedback that will help you.

It’s a vicious cycle that is the result of a deeper problem. Brands still don’t know why they are are. They have no concept who they are. Most still hire the wrong people and have a culture that’s not really going to work.

It hamstrings them in search and it holds them back in branding because PewDiePie-type crises come round again and again. It’s not the content creators or the influencers who are to blame. It’s brands who have failed to have:

They are led at a time when they should be the ones doing the leading.

Not all brands are like that. But way too many of them still work like it’s 1997 instead of 2017. And they will keep getting burnt, until they learn.