In what is a succinct lesson to businesses which cry about lack of engagement online magazine Mic employs chatbox technology and an entertainment slant that takes a leaf from gamification to draw its young audience in and create real engagement.

Its two chatbots: TrumpChat and DisodDatBot present the viewer on Messenger or Snapchat with snippets that require a knowledge of current affairs to interact with and then offer the opportunity to unearth further information about it.

When compared to traditional journalism techniques which use an authoritative, top-down approach to news reporting, designed to capture the reader’s eye as a credible source of information, Mic’s approach seems playful almost. Yet it fits perfectly with the way we discover information on the web, do our due diligence and become engaged with it.

It’s TrumpChat chatbot, which is updated each day, uses Donald Trump-isms to both challenge and engage the reader. Consider that in order to engage with it the reader must not just be aware of the context of said Trump-ism but also be able to place it within the wider political conversation. 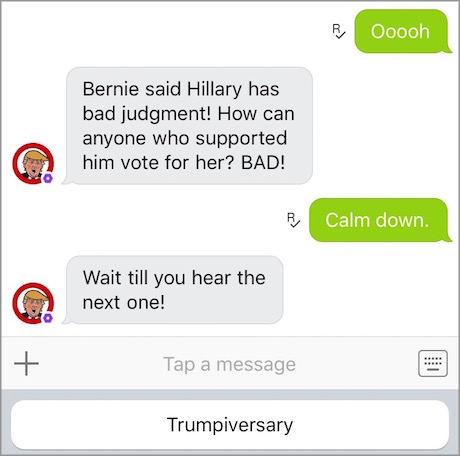 Similarly the DisOrDat bot presents two relatively polarized choices that reflect an ongoing political conversation and offers, in addition, the opportunity to dig deeper and actually find out what it’s all about. 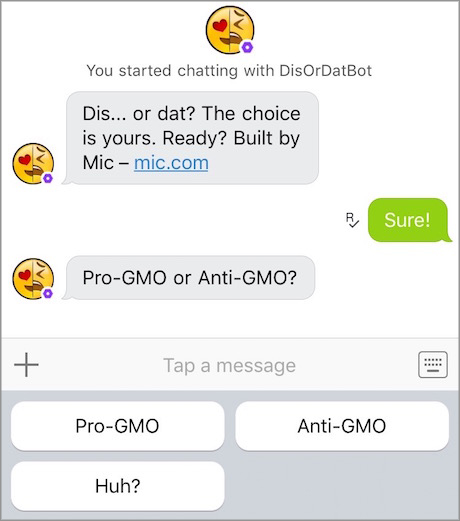 But Mic doesn’t rest there. In what is an inspiring mix of storytelling techniques and social media it runs on Facebook Messenger a “provide the caption” competition where an image (usually from political life) is provided. It then offers the opportunity to the viewer to learn more about its context via a link and, once a winning caption has been chosen, employs social media to widely publicize it.

Mic succeeds where many other news publications (and content creators fail) by applying a relatively simple but powerful formula:

This requires a very clear understanding of the audience that is being targeted, how it consumes content, what’s important to it and how it uses the web.

When that kind of identification between publisher and content consumer, takes place the line becomes blurred. Content is meta-produced as it is reshared, repurposed and spread across the web and Mic is there to amplify it. Mic and its audience stop being on different sides of a perceived divide and become part of the same medium, each with different capabilities and perspectives.

There are valuable lessons to be learnt here. Does your business behave like that?