Getting to the Core of What a Business Does 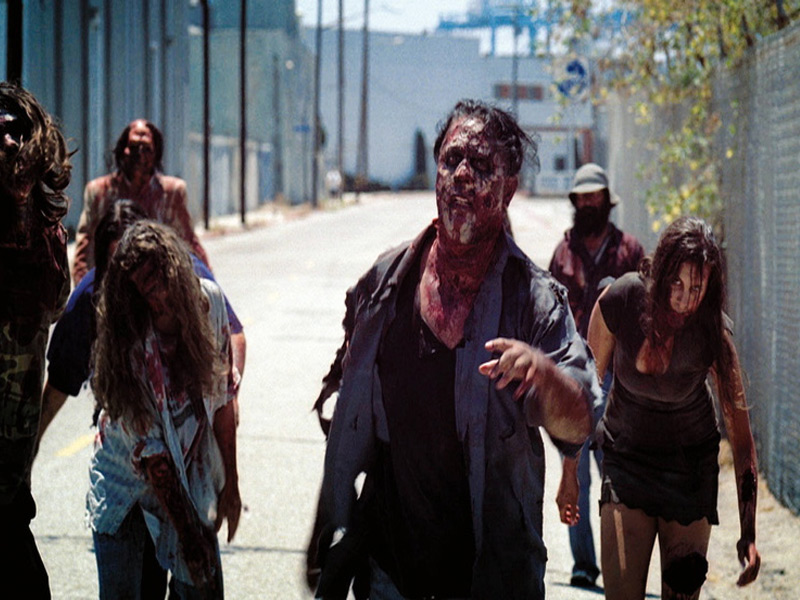 It was 9.00am on a Tuesday morning when the first wave of zombies was sighted. Ground security in the company car park were first responders. Their duty was to get everyone outside inside and secure the doors, barricading the glass façade of the buildings with everything they could find.

Accounts was alerted. Data dumps had to happen fast in case the site was compromised and the information lost. Everything that was not already on the cloud was being uploaded to virtual servers. Catering were called next. They began an instant inventory while making sure that everything in the kitchen was powered down and made safe. The biggest threat after starvation from a prolonged lockdown, were fires started through sheer carelessness. Without outside help every internal mistake could prove fatal for many people.

The CEO, who was going through emails over a cup of coffee was the next one to find out. He had to secure his laptop, contact his peers across the corporate network and then get to Meeting Room 9 where IT were patching up a feed from car park security cameras and the rest of the company execs would be piling in. It was crunch time.

This was the latest scenario we run on a client’s business, spread across three countries, two time zones and six sites. Zombie Apocalypse scenarios are nothing new. Most businesses worth their salt have a contingency plan for total meltdown of some kind, but a Zombie Apocalypse, like the scenario I helped oversee, produces specific requirements that need responses which make a business decide what’s important to its survival.

The importance of catering (and by association the quality of the canteens and the ability of internal customer service there to affect morale) is something that the company survival playbook, first written in 1993 never bothers to mention. We started to amend that oversight now.

When faced with the survival of your business the choices boil down to critical responses. It is not so much what you need to defend or want to defend as what you are willing to sacrifice and still maintain a working identity. Stripped of the kind of resources that readily come from outside, a business that looks at itself through the eyes of everyone inside it, this way begins to truly understand what is its core philosophy, what binds it together and what makes everyone inside it a team.

Many interesting scenarios arise. In this case, for example, with the simulation running for a full eight hour day a decision had to be made on whether to abandon the two men manning the security gate at the very far end of the car park. There were many roaming zombies between them and anyone inside the buildings. The nearest building they could ran to was more than a 100 meters away and without any support they would never have made it. Unlocking any building door to let them in, however, jeopardized not just the integrity of the site that would lose one of its buildings but also all those who were inside that building. The rational thing to do was cut them loose and hope they made it.

With normal communications down we had to rely on text messages to guide them and coordinate action with the building nearest them. Halfway through the consultation stage, just when we had weighed the odds and decided that on paper it was not worth it, yours truly pulled the plug on communications, stopping all text messages between buildings. Left on their own, without knowing what was acceptable at a corporate level, Building C managed to use the intercom, patched through Reception to communicate with them. They then used white boards held to the glass to communicate with colleagues in Building A who agreed to create a diversion (cue for ingenious ways to generate noise and attract zombie attention).

With only a 35-second-window for the two car park security men to make it to safety that exercise alone took the brainpower of more than 40 people, one IT technician, the suggestion of the receptionist (who understood where the switchboard connections could reach) and at least 30 people on the adjacent building. There were also three high level managers involved in this, acting purely as ordinary people rather than leading the decision-making process.

Simulations have a way of becoming quite realistic in their effects. As the eight-hour day drew on it became apparent that the corporate restrooms were not being cleaned. Yet, inspection, afterwards, once the simulation was over and things started to get back to normal showed that efforts had been made to keep them as tidy as possible. An understanding in collective responsibility had shone through, naturally.

There were other lessons to be learnt. IT proved critical to almost every initiative that needed to be made. Buildings, locks, equipment and even the fire hoses stored at the top of a building are under computerized control. The team is small, its members spread thin. In a crisis they had to find ways to be everywhere. To make it work they had to hold impromptu training classes on how to do routine digital tasks so that they could be freed from being called to that and augment their effectiveness.

Management proved redundant. While in the beginning they all looked to the CEO and the execs to help decide what to do, the moment communication between buildings was cut off and no higher level execs were present in other buildings it became apparent that their input was now marginal, still asked for but not vital.

Specific values came to the surface. From decisions on what to throw manpower at first: securing computer stations and making sure all data was backed up to making sure someone made coffee and there were enough bottles of water for everyone. People who had skills no one knew (like setting a splint or sending Morse Code) suddenly stepped forward and found ways to make themselves useful.

Issues of gender (ladies’ toilets required more than just toilet paper) and equality (with the lifts down anyone using a wheelchair suddenly had to rely on colleagues) became focal.

Learning from the Experience

The simulation, though costly in terms of productivity loss and disruption, does throw up some very interesting stuff. Departments do not easily communicate with each other, even when bound by a common corporate environment. Staff do not always know what they need to when it comes to emergencies (like where is the nearest medical station). Decisions regarding corporate values and identity can never be made by decree from the top. That simply does not work.

The post-mortem work goes on for weeks and usually throws up many insights. It reveals surprising strengths and also weaknesses that were totally unexpected (in one case half of one building’s staff were unable to access a door they needed because of a habit of leaving keycards at their desks).

One easy checklist you could use for your business (derived from four separate scenarios so far) is:

Local culture, even when that is defined by the way things are done in a particular building, always trumps corporate culture, which makes it critical to understand that memos, directives and the company induction manual are no replacement for the establishment of real connections amongst company staff and the sharing of common values that reflect what is done.